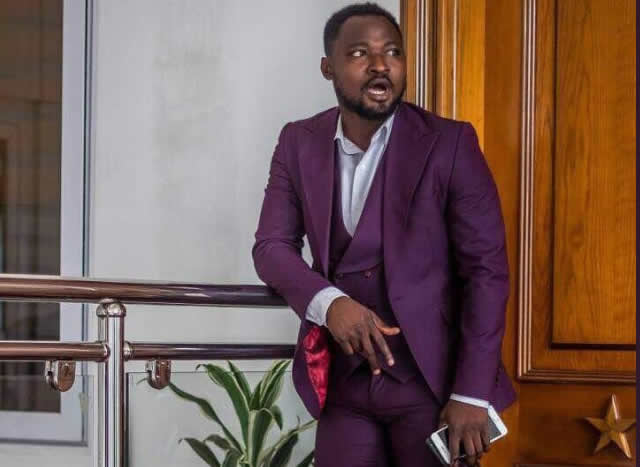 Actor and comedian, Funny face has welcomed a set of twins with his new wife.

The comedian in March hinted in a social media post he is expecting twins after his ex-wife, Elizabeth Adjoa Ntim, described him as a two-minute man to wit he couldn’t last in bed.

The post read, “when u wake up early in da morning and u realized u are #AttaaaaaaaaaaPaPa [father of twins]. God humbles da wicked! Keep ur head up. Never give up in life .. ur time of success is coming soon,”

Funny Face has shared a video of him dancing to celebrate the arrival of his twins on Instagram.

With just a towel around his waist, the actor was seen dancing excitedly.

Funny Face was also seen waving a white handkerchief as he danced – a common gesture to celebrate one’s victory.