Galamsey: About 80% of Mpohor lands given out as concessions without DCE and Chiefs knowledge – DCE 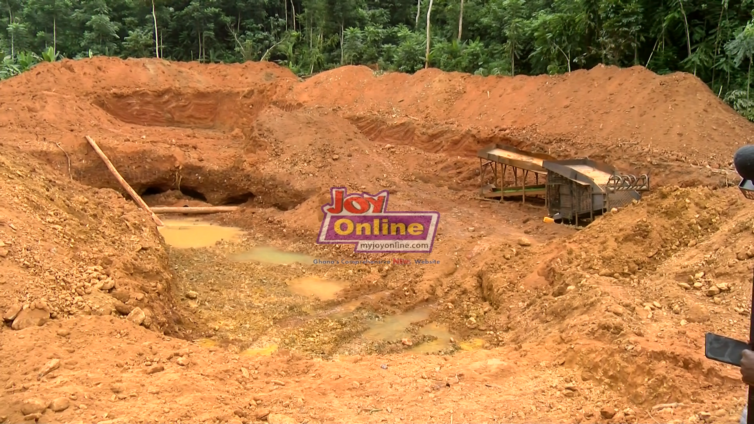 The miners have destroyed portion of the Bosomtwe Range Forest Reserve

The District Chief Executive (DCE) of Mpohor District, Ignatius Asaah Mensah has lamented the dreadful situation of Galamsey activities in his district.

He told Samson Lardy Ayenini, host of Newsfile, on Saturday that many lands in the district have been used as mining concessions without the prior notice of the Chiefs and DCE.

He said the large-scale mining companies in the district must be blamed for the wrongdoing.

“If you come to Mpohor about 80% of the land is being given on concession. The recent discussion has revealed that ‘Nananom’ (chiefs) were not aware and the DCE when a gazette comes to inform him that this person has been given a concession without him even seeing the person or company,” he told the host.

Mr Asaah Mensah explained that this has made it difficult for him to obtain a community license for community mining from the Minerals Commission.

“Whenever you want the Ministry or the Minerals Commission to seed some part of their concession to you to be able to get community license for the people to do community mining it becomes difficult because they say it belongs to them (land scale companies).”

The DCE stressed that the inability to obtain a community license has compelled the community people to engage in illegal activities.

Meanwhile, the Ellembelle DCE, Kwasi Bonzoh says there is a lot of compromise in the fight against illegal mining.

He said this is because some illegal miners have the backing of persons in high authority who always try to protect them from being arrested and prosecuted.

The actors in the illegal mining business, he admitted, are “very powerful” to deal with, adding that he has found himself in bizarre circumstances trying to undertake operations to get some of the ‘galamseyers’ apprehended.

Even though “we know galamsey is destroying our environment and our water bodies, we prefer to turn a blind eye and allow it to go on because of some economic benefits that we get. So it becomes very difficult for you as a DCE,” he lamented.

DISCLAIMER: The Views, Comments, Opinions, Contributions and Statements made by Readers and Contributors on this platform do not necessarily represent the views or policy of Multimedia Group Limited.
Tags:
Galamsey
Minerals Commission
Mpohor DCE