‘Galamsey Economy’: Claims against Bawumia should be investigated – Anti-corruption crusader 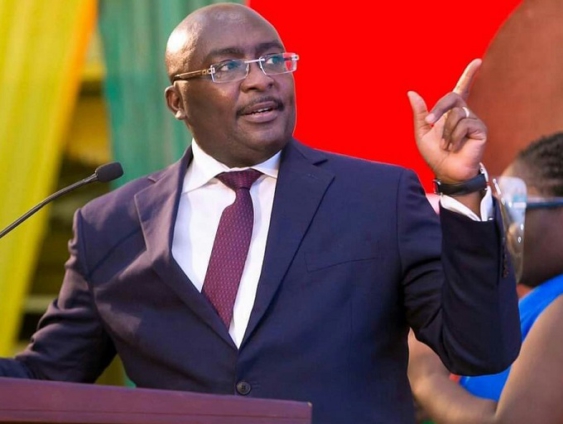 In the said documentary by investigative journalist Anas Aremeyaw Anas, former Minister of State at the Finance Ministry, Charles Adu Boahen is said to have told the undercover investigators that the Vice President needed $200,000 as an appearance fee before meeting with supposed investors.

The Minister is also reported to have said that the Vice President would demand some contracts from any investor for his siblings to get his backing and influence in establishing a business in Ghana.

Speaking to JoyNews, the Anti-corruption Campaigner said there must be an inquiry into such grave allegations as it bothers on the office of the Vice-President.

“We should have an investigation which centers particularly on this allegation that if you have (USD) 200,000 you should be able to secure a meeting with the Vice-President and I know the state institutions that have the mandate to investigate will do so and do a good job at that,” she said on The Pulse, Monday.

She, however, disagrees with calls for Dr. Bawumia to temporarily withdraw his services for investigations to be carried out.

According to her, the Vice-President should rather walk the talk of his words- a ‘man of integrity’ by not truncating any investigation that may be understaken.

“Unfortunately, I do not hold the view that the Vice-President should step aside, because I believe in the autonomy of the investigative bodies and so it is for the Vice-President to show that the issues around non-interference and also allowing these state agencies to do their work without fear or favour should be supreme in this agenda and so not necessarily leaving his office to allow investigations to go on.”

Meanwhile, the Vice-President has refuted the claims by Charles Adu Boahen. In a strongly worded reaction on Facebook, Dr. Bawumia said he is not aware of any such dealings by the Minister.