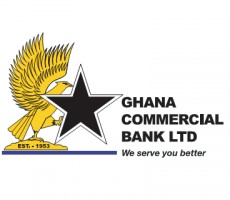 All the key performance indicators pointed northward, underscoring the Bank’s determination to follow on a new strategic path.

GCB achieved a profit after tax of GH¢50.2million, representing an increase of 45 percent over GH¢34 million during the same period last year.

Profits increased from strong growth in revenues, while the Bank began to see the benefits of cost-containment initiatives and improved operating efficiency.

GCB intensified its deposits mobilisation efforts during the period under review by increasing deposits by 19 percent from GH¢1.7billion from GH¢ 2.02billion.

The Bank also managed to achieve a cost income ratio of 58 percent; return on average equity (annualised) was 47 percent, while the capital adequacy ratio was 13.48 percent.

GCB is embarking on a sustainable growth path through cost-cutting, restructuring and an enhanced customer service to improve the situation this year.

Mr. Simon Dornoo, the Managing Director of the Bank told B&FT in a recent interview that GCB will soon become the best-performing bank.

“You will notice from our Q1 results that we are on track with achieving our objective of becoming the best-performing bank in Ghana, and this is happening quicker than many would have expected.”
He said the strategy of the Bank is to pursue profitable growth opportunities.

Its net interest income for the first quarter rose to GH¢58.373million from GH¢54.273million, representing 7.5 percent growth.

He told shareholders at its recent annual general meeting that the Bank’s profits could even quadruple this year.

He said: “The main driver for growth is going to be customer service, as increasingly our products have become what people just buy off the shelves.”

Mr. Dornoo said the key driver for GCB as a large commercial bank is to improve on customer service, which is what Management is working on.