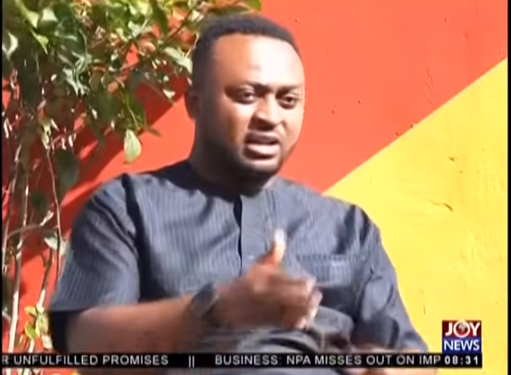 The spokesperson for the Education Ministry, Vincent Assafuah has described statements by the former Deputy Minister in charge of Tertiary Education, Samuel Okudzeto Ablakwa demanding that the Education Minister refunds the monies he received through a scholarship from GETFund as “unfortunate.”

Speaking on Joy FM’s Top Story, Mr Assafuah stated that the assertions made by the former Deputy Education Minister exhibits his lack of diligence whilst in office since Ghana Education Tertiary Fund (GETFund) was under his supervision in 2014.

“Samuel Okudzeto Ablakwa is just telling the people of Ghana that he slept on the job [whilst in office],” he stressed.

He added: “I have a letter signed by Sam Garba who was the Administrator of GETFund then. The letter that he signed was a confirmation of sponsorship that was given to Dr Martin Opoku Prempeh.”

A performance audit report of the Auditor-General on the administration of scholarships by GETFund revealed that Education Minister Matthew Opoku-Prempeh, Procurement Minister and Deputy Majority Leader in Parliament, Sarah Adwoa Safo as well as the Executive Secretary of the National Council for Curriculum and Assessment (NaCCA), Prince Hamidu Armah have all benefitted from the Fund. A situation that is against the law.

This news has subsequently raised a lot of controversies with some people arguing that GETFund is for needy but brilliant students not prominent and public officeholders.

Mr Okudzeto Ablakwa commenting on the issue described the report as ‘embarrassing’ since it contains names of people who are capable of paying their tuition fees and not the poor masses.

He further denied assertion made by Dr Opoku Prempeh that his scholarship was approved for a three months study at Harvard.

“I served at the Education ministry for four years, and there was no Ministerial approval for the scholarships and names that have been published,” he stated.

But Assafuah said Ablakwa is being deceitful because there is existing evidence that shows the Education Minister’s sponsorship was approved.

“You [Mr Okudzeto Ablakwa] say you never signed or approved any sponsorship for Dr Martin Opoku Prempeh but I have in my hand a letter that was signed by Sam Garba,” he stated.

He further argued that Act 581, does not stipulate that the scholarship should be given to only needy-but-brilliant students so Dr Opoku Prempeh is not in the wrong.