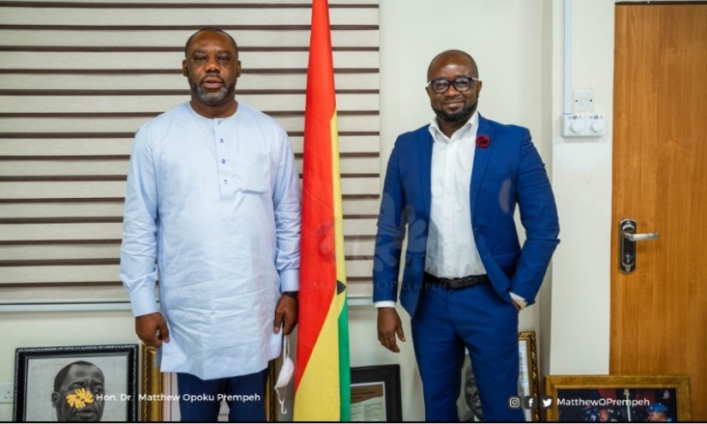 The Education Minister, Mathew Opoku Prempeh has asked the Ghana Football Association (GFA) to submit a proposal on how the two bodies can effectively collaborate to make football part of the educational system of the country.

This follows a courtesy call on the minister by President of the Ghana Football Association (GFA), Kurt E.S Okraku on Tuesday, May 26, 2020.

Mr. Opoku Prempeh was who excited by the approach by the GFA and the visit asked them to as soon as possible submit a proposal for consideration.

The meeting between two bodies discussed possible areas of investments, the establishment of a football academy, higher education for footballers, and the improvement of the annual inter-schools and college competition.

It also discussed how the two bodies can make football but of education, to ensure that children pursue football to the highest level without a negative impact on education.