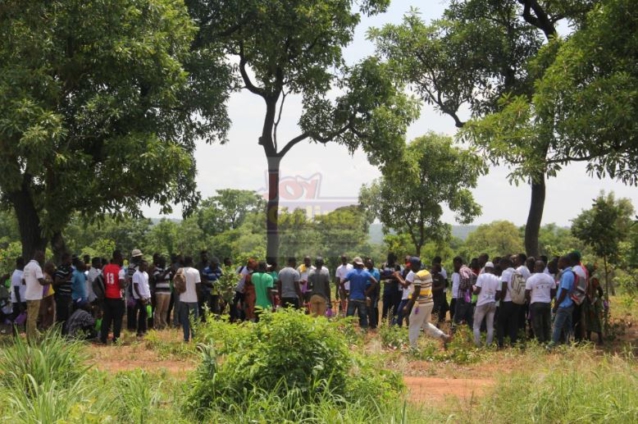 A second phase of the West Africa regional Food Systems Resilience Program (FSRP-2) will benefit Ghana, Chad, and Sierra Leone in order to increase their preparedness for food insecurity and improve the resilience of their food systems.

This comes at a time when it is expected that approximately 38.3 million people in West Africa will face a food security crisis.

Food insecurity will be reduced by 25% in the three countries, access to hydro and agrometeorological advisory services will be extended to over 400,000 food system actors, and nearly 500,000 producers are expected to adopt climate smart agricultural technologies.

About 12,000 hectares of land area will benefit from integrated landscape management practices, and intra-regional traded productions in selected value chains will increase by 30%.

Ms. Massandjé Toure-Litse, Commissioner for Economic Affairs and Agriculture at the Economic Community of West African States (ECOWAS), stated in a statement, “Multiple shocks, driven by climate change and environmental degradation, weaknesses of the food markets, conflicts and insecurity, Covid-19 implications, and the war in Ukraine, have further deteriorated food insecurity and inflation across West Africa.”

“FSRP-2 further expands cooperation across the ECOWAS region to ensure food security, now and into the future,” Ms. Toure-Litse added.

The new funding will specifically aid in the prevention and management of agricultural and food crises, as well as the strengthening of capacities to adapt to climate variability and change.

Strengthening the adaptive capacity and sustainability of the food system’s productive base, as well as supporting regional food market integration by linking beneficiary countries, consolidating their food reserve systems, and strengthening the development of strategic regional value chains, are all critical issues to address.

“Facilitating the trade of agricultural goods and inputs within and across national borders in West Africa is a key element to address food insecurity in the region”, said Ousmane Diagana, World Bank’s Vice-President for Western and Central Africa.

According to Boutheina Guermazi, World Bank Director for Regional Integration for Sub-Saharan Africa, the Middle East, and Northern Africa, “The approval of FSRP-2 and incorporation of Chad, Ghana and Sierra Leone expands impacts not just of national activities, but of targeted spill-over effects from regional activities. We are eager for this innovative program to maximize its reach across West Africa.”

With FSRP-2, the multi-phase FRSP program now totals $645 million in IDA (up from the $570 million initially approved in November 2021).

The first phase of the program (FSRP-1, $330 million, approved in November 2021) began in June 2022, bringing together four countries (Burkina Faso, Mali, Niger, and Togo) and the Economic Community of West African States, (ECOWAS); the Permanent Interstate Committee for Drought Control in the Sahel, (CILSS); and the West and Central Africa Council for Agriculture Research and Development, (CORAF) to implement a broad program to increase agricultural productivity and promote intraregional value chains and trade, and build regional capacity to manage agricultural risk.

Both FSRP-1 and FSRP-2 are expected to reach a total of 4.35 million direct beneficiaries, including farmers, throughout West Africa, with a focus on women and youth.

The International Development Association (IDA) of the World Bank, founded in 1960, assists the world’s poorest countries by providing grants and low to zero-interest loans for projects and programs that promote economic growth, reduce poverty, and improve the lives of the poor.

IDA is a major source of aid for the world’s 77 poorest countries, 39 of which are in Africa. The 1.5 billion people who live in IDA countries benefit from IDA resources.

IDA has supported development work in 113 countries since 1960. Over the last three years, annual commitments have averaged around $18 billion, with roughly 54 percent going to Africa.