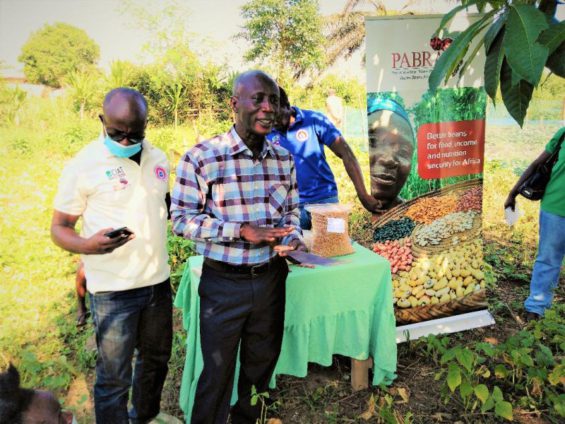 Ongoing studies to determine the suitability of cultivating common beans in Ghana are yielding positive results, according to crop research scientists.

The scientists say the country has the requisite climatic and geographic conditions to boost production, urging the government to give such a venture the deserved attention.

On-farm experiments, conducted at different sites and research stations of the Crops Research Institute of the Council for Scientific and Industrial Research (CSIR-CRI) in the last three years, have been encouraging, Professor James Yaw Asibuo, a Principal Research Scientist, stated.

“Our demonstration farms using four main common bean varieties – ‘Ennepa’, ‘Adoye’, ‘Nsroma’, and ‘Semanhyia’, indicate that Ghana has the potential to grow the bean successfully,” he said in an interview.

This was on the side-lines of the inspection of one of the demonstration farm sites at Senchi near Effiduase in the Sekyere-East District of the Ashanti Region.

Presently, a number of demonstration farms, including that of the CSIR-CRI’s at Asante-Mampong, Akomadan, and Fumesua, have been set up to expose farmers to the characteristics and potential yield of the common bean.

The project is being executed under the supervision of the Pan-Africa Bean Research Alliance (PABRA), the International Centre for Tropical Agriculture, and CSIR-CRI.

“From production to processing, research has shown that we can make the most out of the common bean value chain,” Prof. Asibuo, National Coordinator of the PABRA, told the GNA.

The Principal Research Scientist said: “Developing common bean varieties able to thrive under nutrient limiting conditions will have a major impact on human nutrition, particularly in countries where dry beans are the main source of carbohydrates, protein, and minerals.”

Common bean (Phaseolus vulgaris) has evolved rapidly in Africa and is steadily transforming from traditional subsistence to a market-oriented crop, with major impacts on household incomes, food and nutritional security, and national economies.

There is a large demand for the bean on the local and international markets, with the red variety being popular amongst many food sellers in Ghana, especially ‘Waakye (brown rice)’ sellers.

In his estimation, he said, micronutrient deficiencies affected over 30 per cent of the world’s population, adding that, these essential minerals were required in several metabolic processes.

Iron was needed to synthesize haemoglobin, hormones, and connective tissue, while zinc was also required as an enzyme co-factor, for immunity, protein synthesis, DNA synthesis, and cell division, he noted.

The PABRA National Coordinator said women, particularly pregnant women, and children in developing countries were mostly at risk due to poor micronutrient intake.

“This is where the common bean as a staple food can be of the essence in developing countries as it provides a good source for these minerals,” he noted.

In view of its high nutritional value, the PABRA has been liaising with the Ghana School Feeding Programme for common bean foods to be included on the schools’ menu.

Dr. Stephen Yeboah, an agronomist working on the PABRA project in Ghana, said CSIR-CRI was the lead implementer of the project.

According to the research scientist, the government needed to pay attention to the common bean value chain.

“Unlike other countries in the West African sub-Region still grappling to successfully cultivate the common bean, Ghana’s environment seems to be conducive for such a venture.

“We ought to take advantage and harness our potential as a nation,” he stated, adding that the socio-economic benefits associated with the country adopting the bean for commercial production far outweighed the risk factors.