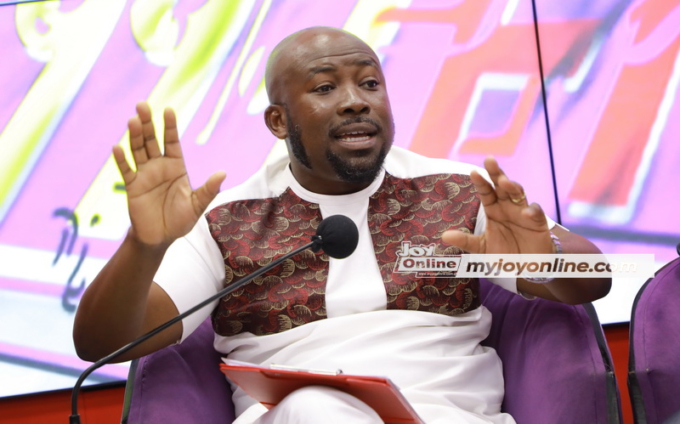 Convener of the Ghana Individual Bondholders Forum, Senyo Hosi, says politicians should stop viewing Ghana as a cake they are entitled to a share.

According to him, that mentality that every politician must have a piece of the country’s resources while they are in power has proven detrimental to the development of the nation and is partly responsible for the current economic crisis.

He stated that this phenomenon is particularly witnessed in public institutions where politicians pay foot soldiers for their services through employment opportunities and the awarding of contracts.

This, he says, has left many public institutions bloated and in dire need of retrenchment.

“Let’s go and look at what is happening at the state-owned enterprises. Every one of them is bloated; every politician wants to dump somebody there. When NPP goes, NDC comes they want to put somebody there. We’ve increased our institutions from 86 to 177, why?” he quizzed on JoyNews’ Newsfile Saturday.

He continued, “Look, the culture of politicians is that Ghana is a cake; everybody is coming for his share and go. That thing must stop, Ghana is not a cake. It is a group of lives that you come, you administer and you leave.

“So how you manage it should always leave legacy that is sustainable for our own wellbeing. When Ghana is good, it’s good for all of us, nobody wants Ghana to go down. But when people start talking then everything becomes politics. This country is sick, even common sense has now become a matter of whether it is green or blue.”

Senyo Hosi further stated that the government was stuck in an oxymoron where as it continues to tout the digitalization of the public sector it continues to employ even more workers.

He explained that the opposite should have rather been the case i.e. more digitalization, less employment.

“My brother what you have in government, the size of government today doesn’t make sense. The central government itself has moved what? 300,000 people in addition since 2017. What for? You have an economy which has a public sector that has been very inefficient, so if it is inefficient, you’ve come and Bawumia has been touting technology.

“When you bring in technology do you increase labour? When technology is added to the space it means it optimizes the productivity of labour, meaning you actually need less labour but we have done the reverse. We’ll spend the money on the technology and we’ll still bloat the place. Now we have to deal with a compensation increment of about 6.5billion,” he said.

He has called on the government to cut its coat according to its cloth to truly reflect the burden-sharing and austerity it is seeking to impose on Ghanaians ahead of the IMF deal.

“But it means that it has to go through pain, you’d have to let go your foot soldiers that you have put there doing nothing; you have to sack them, you have to cut down on some of your projects, you have to revise things at the free SHS,” he said.

DISCLAIMER: The Views, Comments, Opinions, Contributions and Statements made by Readers and Contributors on this platform do not necessarily represent the views or policy of Multimedia Group Limited.
Tags:
Ghana
Senyo Hosi
Size of government