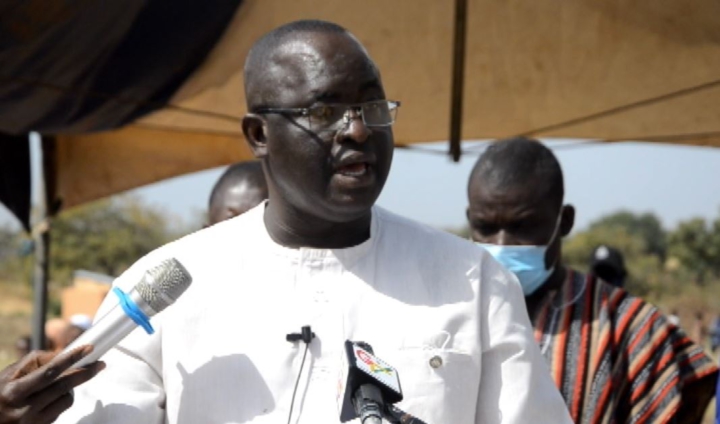 The Upper West Region Minister, Dr Hafiz Bin Salih has projected that Ghana risks losing its forest cover by the year 2040 if steps are not taken to forestall it.

Using statistics from the Forestry Commission and the World Bank to back his claim, he revealed that the country loses 65,000 hectares of its forest yearly.

“According to the United Nations Convention to Combat Desertification report one-third of Ghana’s land area is affected by desertification…This poses a major threat to food and energy security”.

He further noted that the situation in the Upper West region is much worse due to its proximity to the desert as “about 69% of the total land surface area is prone to severe soil erosion.”

According to the Forestry Commission (FC), the Gbelle community, located at the Gbelle Resource Reserve, which consists of about 27 households with an estimated population of about 362 residents poses a challenge to the ecological integrity of the largest reserve in the country.

In line with requests by the Environmental Protection Agency to protect the animal sanctuary of the reserve and develop it further, the FC has recommended that the Gbelle community be relocated.

Dr Bin Salih made the statement at a programme held to initiate the resettlement of members of the Gbelle community outside the Gbelle Resource Reserve in the Sissala West district.

It has provided “119 rooms for 27 households with toilet facilities and industrial fitting in rooms in anticipation of new Gbelle to be connected to the national electricity grid”.

In addition, “A mosque that can accommodate over 100 worshipers at a time, provide 300 hectors of farmlands for the community members to farm, additional 13 hectors acquired for the construction of accommodation.”

He admonished the people of the community to assist in protecting the Gbelle Resource Reserve, and to remember that “our survival here depends to a large extent on this resource.”