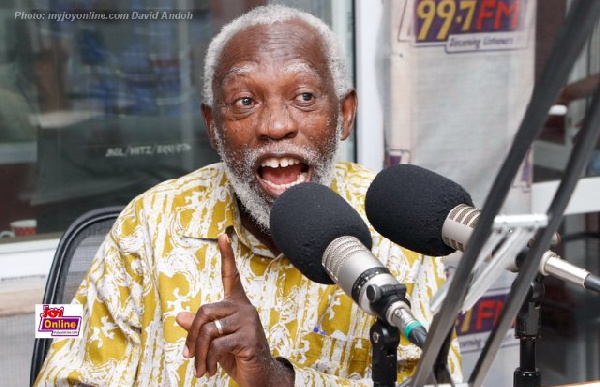 Prof Stephen Adei is a former GRA Board Chair

Former Rector of the Ghana Institute of Management and Public Administration (GIMPA) says former president John Dramani Mahama is not fit to run the country again.

Speaking on Joy FM’s Super Morning Show Monday, he explained that it won’t be in the nation’s interest if the NDC flagbearer is given the nod to man the affairs of the country.

He said he stands by his statement made on the October 2016 to that effect.

“John Dramani Mahama today, as he was then does not have the full complement of leadership competencies be it on vision,  strategic thinking, selecting and leading a team, curbing the menace of corruption or prosecuting a credible development agenda,” he said.

According to him, electing Mr Mahama for another term will spell doom for the country.

“In our democracy, we will have to believe with people’s choice but Ghana will be the worse off is Mahama ever becomes a President again I think. The NDC did a disservice in failing him as a one-term Presidential candidate who can serve only four years” he argued.

Prof Adei further noted that there are more capable candidates in the National Democratic Congress (NDC) who would perform better than Mahama.

“Ghana’s politics does not always produce the best candidate but those who monecracy and propaganda favour,” he said, Monday.

His choice has been followed by criticism and praise so far.

Commenting on her choice, he argued that the track record of Prof Jane Naana Opoku-Agyemang is not enough grounds for her to hold the office of the Vice-President.

According to him, her being a former Vice-Chancellor and Education Minister is essential but isn’t enough to measure her leadership skills.

“It is not sufficient criteria for success in that high office. It is a total national development management job,” he said.

DISCLAIMER: The Views, Comments, Opinions, Contributions and Statements made by Readers and Contributors on this platform do not necessarily represent the views or policy of Multimedia Group Limited.
Tags:
2020 Elections
John Dramani Mahama
NDC
Prof Adei