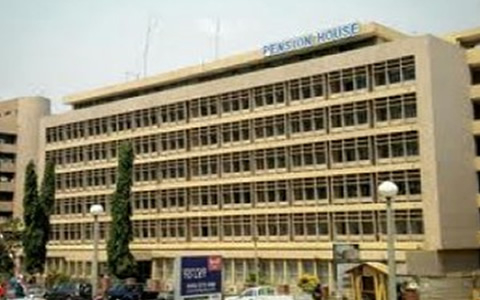 Only one in five employers registered with the Social Security and National Insurance Trust (SSNIT) has also signed on to a second-tier pension scheme, which is mandatory, Laud Senanu, acting chief executive of the National Pensions Regulatory Authority (NPRA), has said.

Speaking to the B&FT on the sidelines of a regional outreach programme of the NPRA in Kumasi, Mr. Senanu said the situation is worrying given what has gone into educating the public and workings of the scheme.

“There are quite a few challenges we are facing in the implementation of the pension reforms. One is the slow registration of second- tier schemes. Even though SSNIT has over 42,000 registered employers, as at February only about 7,200 had registered second-tier schemes,” he disclosed.

“Ideally, because the first and second tiers are both mandatory, we must have the same number of establishments paying both first tier and second tier,” he added.

The current three-tier pension system, enacted into law in 2008, demands employers to register their pension scheme managed by SSNIT and a second-tie work-based scheme that is privately managed.

The third-tier is voluntary and includes provident funds and personal pension schemes.

The reforms, which ended the monopoly of SNNIT, were hailed as a major step toward improving the retirement conditions of workers through competition that will maximise the returns earned on pension    I investments.

It is projected that the reforms will grow the assets of the pension industry from             GH¢1.06 billion to GH¢5.5 billion over the next four years.

The NPRA has licenced 25 corporate trustees who have responsibility for managing second- and third-tier schemes.

According to Mr. Senanu: “A year or a year and half ago, there were no corporate trustees and others; but the corporate trustees have been licenced for over a year now, and we have been carrying out education. So why are they not registering? That's a major challenge, and we are conducting research to find exactly what went wrong.”

In the meantime the NPRA has asked SSNIT to collect the mandatory 5 percent contribution from employers which have yet to register second-tier schemes.

He added that in spite of the efforts to deepen stakeholder and public understanding on the new pension reforms, the NPRA lacks the funds and resources to accelerate the implementation process.

This has led to its inability to establish offices across the various regions of the country and expand its staff strength.

To partly ease this challenge, the Swiss government offered a $2.4 million grant to the NPRA in March to implement initiatives aimed at boosting its capacity to' effectively regulate the industry.

Under the terms of the agreement, the Swiss State Secretariat for Economic Affairs (SECO) will support the NPRA through training of staff and improvement in its institutional framework.

Mr. Senanu urged employees and employers, both in the public and private sector, to be more conscious of their rights and obligations under the three-tier system.

He said the regulator has taken measures to monitor and supervise the activities of licenced corporate trustees and other private entities involved in the industry.

Participants at the forum in Kumasi were taken through the various aspects of the scheme. It is expected that the sensitisation and public education exercise will be continued in other regions of the country.