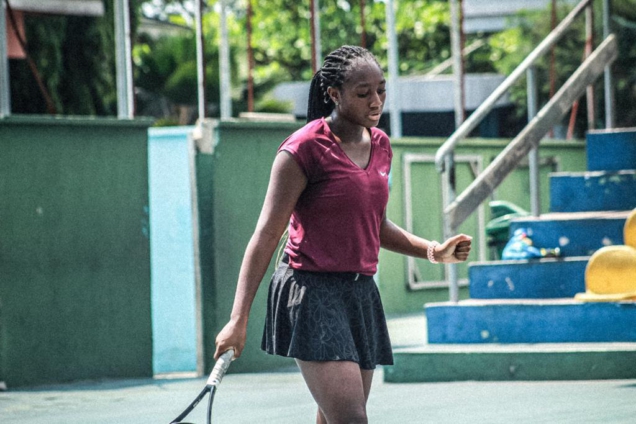 News hit the Ghanaian media early in the week, indicating that, coach of Ghana’s contingent to this year’s Billie Jean Cup, Albert Arthur had taken a final decision on players to represent the country in Vilnius, Lithuania.

Speaking to Joy Sports however, president of the Ghana Tennis Federation, Isaac Aboagye Duah has denied such reports indicating the Federation is still in the process of selecting its representatives.

He further made it known that due to issues related to visa acquisition, there exists a likelihood the country will be unable to participate in the tournament.

“The list that was published was not from the federation. Someone is just being mischievous. I don’t know the final list because we are struggling with visa. VS Global closed down, they were not offering visa to any Ghanaian, so we had to go through Lithuania and go to Holland, they are not even accepting visa forms. Whether they’ll get or not, we don’t know,

“If the coach and players do not get visas, we cannot go,” Mr. Duah told Joy Sports.

Meanwhile, despite financial support from MTN, Ghana Wheelchair tennis team were also unable to honour a similar tournament due to visa complications.

“Wheelchair had tickets. They were being funded by MTN, they did everything but Portugal never gave them a visa. They had free tickets and everything, but were refused the visa.”

The president however noted that there is a non-residential training camp currently ongoing where team coach, Albert Arthur will look to select a team of four players to represent Ghana in Vilnius, Lithuania.

“Currently there are four players training at Accra Sports Stadium. Looking at the criteria, the visa, peak performance that the coach is going to consider, there are players abroad, players in Ghana but for now, we can’t come out.”

The Federation has until June 12 to submit the final list of players to represent the country.

DISCLAIMER: The Views, Comments, Opinions, Contributions and Statements made by Readers and Contributors on this platform do not necessarily represent the views or policy of Multimedia Group Limited.
Tags:
Tennis