Ghana’s much-praised Covid-19 strategy has gone awry. Here is why 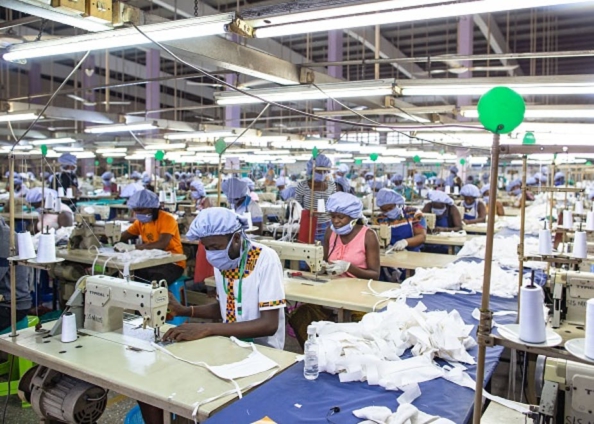 In its early days, Ghana’s Covid-19 response was heralded as a success story. Its perspective was captured in a statement by Ghana’s president when he announced Africa’s first lockdown on 28 March:

It was a viral sensation.

But the ovation is fading and the West African nation’s case count is surging.

Ghana isn’t the only African country that initially appeared to have COVID-19 under control. Others, like South Africa, were also praised for taking early, decisive action.

But the recent surge in coronavirus cases in Ghana, and the inability of the country’s health system to cope with it, were seeded by the outlook, oversights, and omissions in the easing of its lockdown.

The partial lockdown of Accra and Kumasi, Ghana’s principal cities, bought the government time to prepare for the onslaught of the virus. The nation needed to be ready for testing and contact tracing, providing personal protective equipment for health workers and dealing with patients in need of acute care for Covid-19. And it had to make provisions to sustain all these as the epidemic evolved.

But the extra time would only be afforded if the lockdown actually slowed the spread of the virus. So in deciding when to ease the restrictions, knowing the degree of this impact was of the essence, as was progress on those public health and health system reinforcements.

The government announced an end to the lockdown on 19 April. Yet data published by the Ghana Health Service did not offer conclusive evidence that the objectives of the restrictions had been met.

It was unclear whether the spread of COVID-19 had actually slowed – and by how much.

Some references were made to the health system and public health improvements in announcing the end of the lockdown. But details were opaque. Within 10 days of President Akufo-Addo’s national address, the Ghana Medical Association was attributing rising health worker infections to poor distribution of protective supplies.

Existing facilities for intensive care were still being expanded when the restrictions on movement were lifted, and authorities were still scouting locations for new isolation centres.

Ghana’s limited testing capacity also needed to be expanded, as the entire public health response depended on early case detection. Plans for new and expanded laboratories were still being drawn up when the lockdown was ended.

The authorities touted pooled testing as an answer. Multiple samples were grouped together and tested. The samples in each pool were individually retested only if a pool returned a positive result for COVID-19. If the pool was negative then it was assumed that all the samples in it were negative.

Pool testing is useful where there is low viral prevalence, and much less so in a large outbreak. If capacity for individual testing wasn’t significantly increased before pooled testing reached its limits, Ghana’s ability to detect and manage cases would be severely compromised.

Early in the epidemic, authorities adopted a testing target as the benchmark for ending the restrictions on movement. The objective was to locate some 34,000 travelers who arrived in Ghana between early March and the closure of the border on 22 March; to identify and trace people they had come into contact with, and to test these travelers and their associates for Covid-19.

The “enhanced contact tracing” exercise, as the president explained on 5 April, would inform future action. By 19 April, 1.27% of some 51,721 people – just over half of those targeted – were found to be positive for COVID-19.

This result was used as the primary evidence that Ghana’s disease burden was small, and that the epidemic had been substantively contained.

But that testing wasn’t representative. It ignored community spread, which had been documented as early as 20 March. It seemingly underestimated the risk of a large outbreak from undetected cases; how quickly that might happen; and the impact on the still limited laboratories, the still inadequate public health infrastructure, and the still underprepared healthcare system.

The reduction of the volunteer contact tracer workforce after the lockdown exemplified the authorities’ rhetoric that the worst of Covid-19 was over.

Eighteen weeks into the outbreak, Ghana’s Covid-19 response is buckling under the weight of reality.

Data released on 6 July, the 117th day of Ghana’s Covid-19 epidemic, laid bare the state of affairs. The cases confirmed over the week leading up to that date made up nearly a quarter of Ghana’s total count at the time. The 992 reported on 3 July remains the West African record.

The 642 new cases confirmed on 6 July raised the nation’s tally to 23,464, from 1,042 at the end of the lockdown. Included in those new cases were samples collected as far back as 9 June, a 27-day delay that shows the slow pace of testing.

This was not an anomaly. About one in seven new infections reported so far in July involve a testing delay of at least two weeks. The consequences are obvious: the growing pool of unidentified contacts may spawn even more cases and add to a bleak outlook.

The 22.6% positivity rate for 6 July suggested that Ghana’s testing regime is not casting a wide enough net to give a true picture of community spread. That statistic was as high as 30.1% on 3 July, and the average for the week ending on 6 July was 23.8%.

The medical community’s fears have also materialised. The rate of infections among healthcare workers is staggering. A total of 779 had been infected in the line of duty as of 1 July, and that number has been revised to upwards of 2,000 over the course of the month. Insufficient and inadequate PPE, slow testing, and limited institutional capacity are driving this disturbing trend.

Nine health workers have died, including the Rector of the Ghana College of Physicians and Surgeons.

The present state of Ghana’s epidemic is at least partly attributable to the premature lifting of the shelter-in-place order. But its future hinges on whether the nation’s strategy will remain unresponsive to the evolving realities of community spread, the limitations and urgent needs of its fragile public health system, and the daunting risks health workers continue to face.

So far the evidence is not promising.

Authorities in Ghana continue to ease restrictions. Schools have been reopened for final year students, despite public concern. Scores of students and staff have been infected. The health minister rejected calls to reconsider this decision on the grounds that it would be cowardly to reverse course. He only recently recovered from the virus himself.

A mass voter registration exercise is also underway nationwide, despite an open appeal against it by over 200 physicians who cited the obvious risk of further spread of Covid-19.

The writer, Nana Kofi Quakyi is a Research Fellow and Adjunct Assistant Professor in the Department of Health Policy and Management at New York University’s School of Global Public Health, where he is also a doctoral candidate.