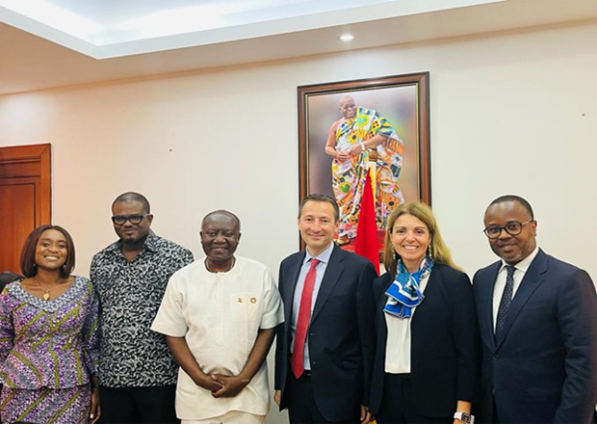 Official negotiations between the Government of Ghana and the International Monetary Fund (IMF) for an economic programme is expected to take off from Monday September 26, 2022.

This is what Joy Business has picked up from persons with knowledge of the current discussions between the government and the IMF.

Joy Business is learning that the IMF Mission, which will be led by its Chief, Dr. Stephen Roudet, as well as other senior economists are expected in Accra to start the discussions.

Why this visit by the IMF team

The IMF mission is coming to Accra after a request was made by the government for an economic programme to help support Ghana’s balance of payment.

This is coming on the back of previous engagements and discussions with the IMF to try and understand the current challenges facing Ghana’s economy.

The IMF team was earlier in Ghana to pick up what has been described as “economic data gathering exercise”.

This is expected to influence the Fund’s proposal to government on moves to turn around the economy.

Focus on the IMF engagement

Joy Business is learning that the engagement may focus on government’s Enhanced Domestic Programme.

The IMF may be coming with some proposals after it completed its initial “economic data gathering exercise” during the previous visit to Ghana.

In addition, issues about Ghana’s rising debt stock will also come up during the two-week engagement as the IMF may be looking forward to government’s proposals on how it intends to deal with the rising debt stock over the proposed debt restructuring programme.

The IMF on the other hand has argued that it is waiting for the World Bank to complete the on-going Debt Sustainability Report, which will influence how the debt restructuring, should it be carried out by the governemnt.

Ghana Government and the IMF Programme

Government on the other hand has argued that it remains committed to implementing the tough measures to turn around the economy.

This is coming at a time that many have questioned managers of the economy’s commitment of taking those pragmatic measures that will help to stabilise the economy.

The IMF Managing Director, Kristalina Georgieva, has indicated that the Fund remains committed to reaching a deal with Ghana by the December 2022.