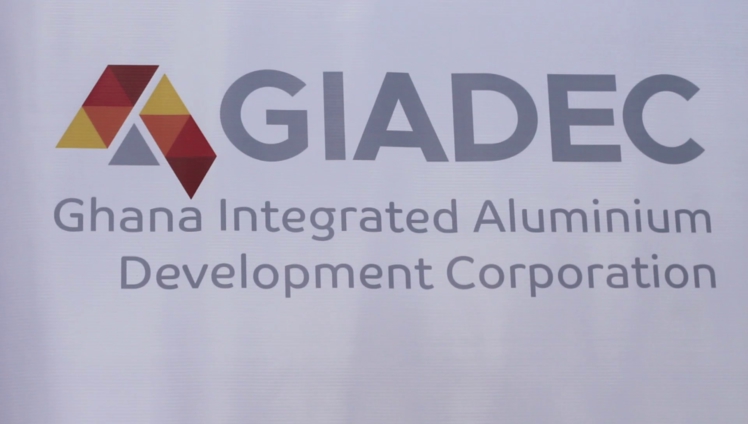 The Ghana Integrated Aluminium Development Corporation (GIADEC) has signed an MoU with the Bauxite Minerals Group to expand bauxite mining operations in Awaso.

CEO, Micheal Ansah, revealed this when GIADEC inaugurated a 19-member committee in the Awaso Community.

Leadership of GIADEC say it has plans to also build a 1.6 million metric tonnes of alumina plant as part of the framework of the MoU signed awaiting execution.

“We have done so many preparation work leading to the signing of this agreement and we are talking to other investors and the inauguration of the 19-member committees in all these areas is all part of that.

“We are in a final rounds of the investor engagement process that we launched about a year ago and that process is selecting some strategic partners to mine the bauxite and carry out refinery activities and also that will lead to retrofitting our Valco Plant.

“So That process is coming to our end and we will mine the bauxite in Awaso, Nyinahini and also Kyebi.”

GIADEC says the work it is going to do is not to continue what is happening (bauxite mining in Awaso for over ¢70 million) but to bring a new direction and strategy to how we accomplish bauxite mining but in an integrated way.

He explained that, “today we have only bauxite mining here and we are looking to build a refinery as well”.

Mining Communities in the country have for many years struggled with infrastructure development regardless of its contribution to the GDP.

The government through the GIADEC has inaugurated 19 member committees in the various bauxite mining communities, to address this trend.

The move by the GIADEC is meant to thoroughly engage members of these communities and inject them into the development plans of the new phase of bauxite mining in the country.

It is part of long-term exercise to prevent community-mining company frictions and dissatisfaction that often occurs between the two parties in mining communities.

Mr Ansah says the committee will also be responsible for effectively communication between the two parties.

“The key thing is that the community is deeply involved, they understand what we are doing and build a partnership of trust that will lead to exploiting the resource in the right way”.

With particular focus on sustainable and development mining, members of the committees were carefully coopted from sections that have direct interest in health, safety, protection of lives, and preservation of the forest reserves and development of the people.

GIADEC describes the committee as field managers of the corporation, liaising between GIADEC and the communities and ensuring there is real time response to all concerns and activities that will arise out of the mining.

First thing is the community engagement. Second is that the work we do will take congnisance of the environmental issues, how we address the hydrology issues we are carrying out baseline studies that will show us how to do mining here,” Mr Ansah explained.

The committee is also supposed to ensure that the projects are owned by the people in all of its aspects regarding preservation of the reserves, sustainable practices, communication, job creation and economic and infrastructural development.

Leadership of these mining communities have bemoaned the exodus of the youth for greener pastures.

“the company can pick up the youth and those who do not have the requisite skills could be trained and employed so they don’t leave these communities empty. We know this will develop our community”.

CEO, Micheal Ansah says locals who qualify for any jobs within the value chain will be given the utmost priority in adherence to the local content law.

Meanwhile, there calls for a policy to ensure subsequent governments will continue with implementation of the GIADEC plans.

“We don’t want a situation where if NPP government leaves power at a point, the GIADEC plan will be abolished, that is the concern of we the community people.

“We have realised the plans are good so we want government to put in legislation or policy to ensure that there is continuity because see this place, we don’t even have a hospital. We need development so we are happy the GIADEC is engaging us the ordinary people”.