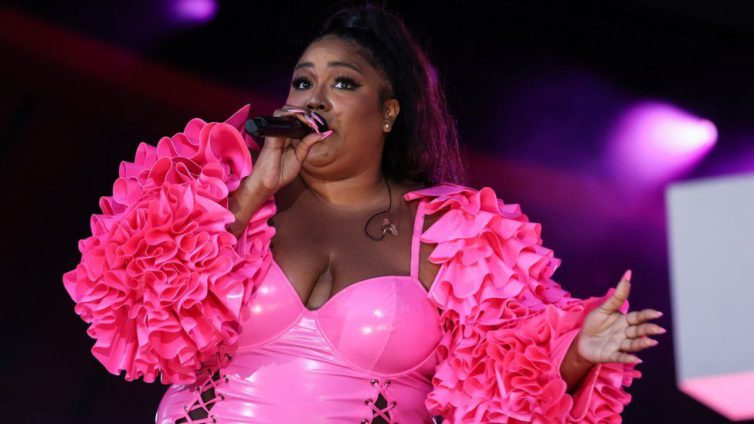 Ed Sheeran, Lizzo and Billie Eilish are among stars taking part in a 24-hour gig to raise awareness of climate change, vaccine inequality and famine.

Over 60 artists are taking part in The Global Citizen festival in cities including New York, London and Seoul.

Tens of thousands of people attended concerts around the world, and millions more tuned in to the broadcast.

The event kicked off on Saturday in Paris, where Elton John performed in front of the Eiffel Tower.

He took to the stage following a pre-recorded performance by the K-pop band BTS.

The show, believed to be one of the biggest-ever international charity events, was organised by Global Citizen – a charity working to end extreme poverty by 2030.

Unlike most events of this nature, organisers were not aiming to raise cash, but to use participation as evidence for world leaders that people support bold action on the issues.

“Across six continents, artists will help rally citizens in demanding that governments, major corporations and philanthropists work together to defend the planet and defeat poverty,” Global Citizen said in a statement.

It called on international governments to plant one billion trees, deliver one billion vaccines to the poorest countries and donate meals for 41 million people on the brink of famine.

Jennifer Lopez was among those who performed in New York, along with Billie Eilish and Coldplay.

Earlier, the Duke and Duchess of Sussex, Prince Harry and Meghan Markle, took to the stage calling for access to Covid-19 vaccines to be treated “as a basic human right.”

“The way you’re born should not dictate your ability to survive,” the Duke of Sussex told crowds in the city’s Central Park.

They were followed performances by singer Alessia Cara and pop veteran Cyndi Lauper, who sang a rendition of Girls Just Want To Have Fun, dedicated to Afghan women.

Ed Sheeran performed in Paris alongside the Black Eyed Peas and Stormzy, while Stevie Wonder played in Los Angeles.

There were also pre-recorded performances from a huge number of stars, including Green Day, Kylie Minogue and Andrea Bocelli.

Funding announcements poured in between sets.

In a recorded message, USAID Administrator Samantha Power announced that the US would contribute more than $295m (£215m) “to stave off famine and extreme hunger, confront gender-based violence and address the urgent humanitarian needs the Covid-19 pandemic is leaving in its wake.”

French President Emmanuel Macron also pledged to double the number of coronavirus vaccines his country will send to poorer nations, to 120 million.

The head of the World Health Organization has backed Saturday’s concerts, calling on the leaders of the developed world to unite and bring an end to vaccine inequality.

Those attending the concerts were required to produce either proof of vaccination or a negative Covid test.

Tickets to the shows were distributed free of charge to randomly selected people who signed up for the Global Citizen app and shared its petitions on social media.

The Global Citizen organisation has been behind other high-profile charity events, including Vax Live: The Concert To Reunite The World earlier this year in Los Angeles.

That event brought together musicians, actors, celebrities and world leaders in a united call for global vaccinations to fight Covid-19.

The Global Citizen: Live concert is being shown on BBC One and iPlayer for audiences in the UK