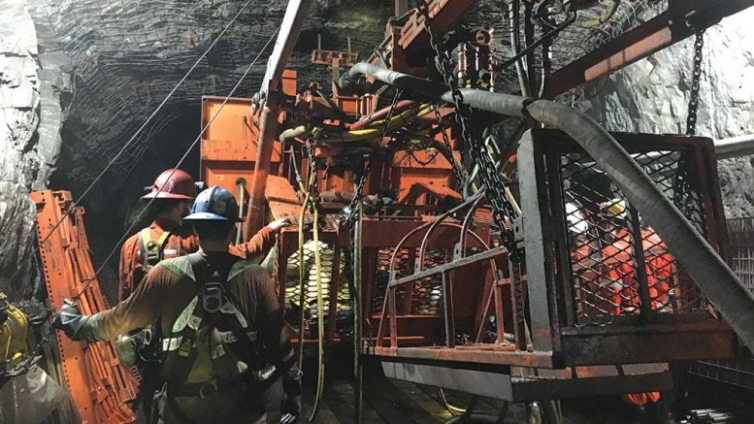 Unlike Bogoso Gold Limited that made severance payments to its employees during the takeover of the gold mine by GSR in 1999, Golden Star Resources (GSR) through its actions and in-actions has expressed its unwillingness to pay severance packages of employees affected by the sale of its Bogoso-Prestea gold mine to Future Global Resources (FGR).

GSR is believed to be seeking to avoid properly severing existing workers’ employment contracts at the Bogoso Prestea mine, as a departing employer, using any and every possible legal and or corporate arrangement however tenuous and impractical it may be.

In a letter written on behalf of the CEO, Andrew Wray, GSR noted that it did not recognize ELAPSE – a group of permanent workers of Bogoso-Prestea mine affected by the sale and whose severance payment is being denied – and as such will not be able to engage them on the payment of their severance packages.

Several demands by workers of GSR Bogoso-Prestea Limited for their severance payments have fallen on deaf ears, forcing the group to file a lawsuit at the Labour Division of the High Court of Justice, Accra against GSR to bring a settlement to the impasse between both parties.

To underscore the demand for severance as a vital need of workers, previous options to GSR, through the workers’ labour consultant, included the option of GSR paying nothing immediately for severance, but performing a clean break and leaving workers sufficiently motivated to work for the new employer, FGR with payments deferred to a future date.

This was considered a win-win-win for GSR, FGR, and permanent workers. This proposal was rebuffed by GSR who, it appears, is bent on having its way with zero regards for workers, employment contracts, or fundamental human rights, said the permanent workers in one of its suits against GSRBPL.

The question remains if the government which holds 10 percent stake in GSR will watch the foreign company which claims to have made over 45 million dollars profit to float the labour laws of Ghana and maltreat its citizens who are asking for what is rightfully theirs.

Why the need for severance payments?

An Asset Purchase Agreement (APA) – usually between companies – is an agreement that finalizes terms and conditions related to the purchase and sale of a selling company’s assets.

To compensate employees for the possible loss of jobs – which happens most of the time – the selling company provides for its soon to be redundant employees, a severance package or payment.

This is known and practiced by companies that engage in APA around the world – it even happens in our dear country Ghana.

In 1999, Bogoso Gold Limited, then owners of the Bogoso-Prestea gold mine, after the sale of the gold mine to Golden Star Resources (GSR) undertook the widely accepted practice of making severance payments to its employees.

It gave in advance, 3 months’ notice to employees their severed appointment as employees of the company on the back of the sale of the firm to new owners, Gold Star Resources (GSR).

But despite the precedent set by Bogoso Gold Limited, GSR has decided to do otherwise, it has decided to ill-treat Ghanaian mine workers that have put their lives and health at risk in working for the ultimate profitability of GSR.

FGR was to pay an initial amount of $5 million cash consideration but that has been differed to six months later – March 30, 2021 – pending finalization of FGR’s reclamation bonding process.

The remaining US$90 million is to be paid over a 3-year period during FGR’s underground mining operations.

The conclusion of the sale agreement was announced by Andrew Wray, a former JP Morgan investment banker and Chief Executive Officer (CEO) of GSR, on October 1, 2020.

Mr. Wray with the GSR under his leadership was unable to turn around the fortunes of the Bogoso-Prestea underground mine as investments totaling $70 million was wasted in mining operations – by using the poorly suited Alimak mining method – further incentivizing the sale of the GSR Bogoso-Prestea mine as a matter of urgency to protect the GSR asset portfolio which includes the Wassa gold mine – all in the Western Region.

The sale of the Bogoso-Prestea gold mine as argued by GSR, is due to its inability to advance developed long-term plans for both Bogoso-Prestea and Wassa mines at the speed it would like to given its limited financial and technical resources.

“As a result, we believe that by focusing our efforts on Wassa we can continue to develop what is fast becoming a high quality, long life asset, at the same time as ensuring Prestea has the necessary investment and focus.

“I want to ensure you that the key objective of this decision is to ensure that the mine can successfully deliver on its long-term plans and therefore become a profitable, sustainable operation into the future. At the same time, that will allow Golden Star to focus all its efforts on delivering the significant potential of Wassa,” said Mr Wray in a letter announcing the sale of the gold mine to employees.

FGR is a private company, formed only on December 30, 2019 as a subsidiary of the private investment company Blue International Holdings with large shareholdings in Joule Africa – a primarily renewable energy company operating in Africa.

The acquisition of GSR Bogoso Prestea mine therefore marks their first foray into mining, and this has raised a lot of eyebrows given the fact that more experienced mining firms such as Newmont Corporation and Goldfields showed interest in buying GSR Bogoso-Prestea. But the management of GSR declined.