‘Government is using technology to solve our problems’ – Dr Bawumia 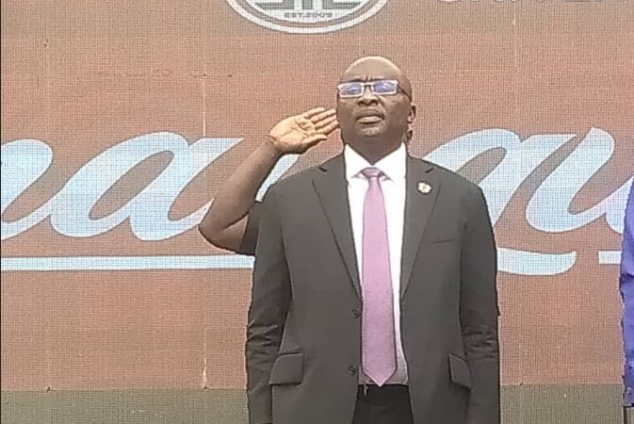 Vice President Dr. Mahamadu Bawumia has asserted that government is using technology to solve problems faced by the country.

Dr. Bawumia said government is building a data-based society, thus many of the things done in the technology and digitalisation space are geared toward that.

The Vice President was speaking at the inauguration ceremony of Academic City University College on Wednesday, August 17, 2022.

Academic City University College was established four years ago with a vision to be a world-class center for learning, innovation and entrepreneurship that nurtures future leaders.

Dr. Bawumia explained that the pursuit of technology to solve Ghana’s problems will ensure that the country is not left behind in terms of development.

“In Ghana, we have chosen to be part of the fourth industrial revolution. We have made a decision not to be left behind and for that matter, as a matter of policy, government is pursuing technology, not for the sake of technology, but we are pursuing technology to solve problems,” he said.

According to him, this initiative has assisted government to fish out ghost workers from the public sector payroll.

“…Because ghosts cannot have fingerprints and we are able to fish them out,” he said amid laughter.

He went on to say that the use of technology through digitalization has also helped government to address “no working address system” by implementing a national digital property address system.

“So in Ghana today, every five by five perimeter of land or water have a unique digital address.”

Dr Bawumia said the digitalisation of the operations of pharmacies, ports, births and deaths registry, ticketing processes at stadiums, passports processes have also improved the lives of Ghanaians.

The Vice President congratulated authorities of Academic City University College for being the first institution in the region to offer a Bachelor’s Programme in Artificial Intelligence and other forward-thinking programmes such as Robotics and Biometric Engineering.

He also commended the University for developing a less expensive ventilator, which per reports, “the project is currently going through appropriate tests and permissions and it will soon be available in our hospitals and clinics to improve health care around the country.”

“It has been only four years since Academic City University College opened its doors and it has already assumed a pivotal position in reshaping higher education in Ghana and the sub-region,” he said.