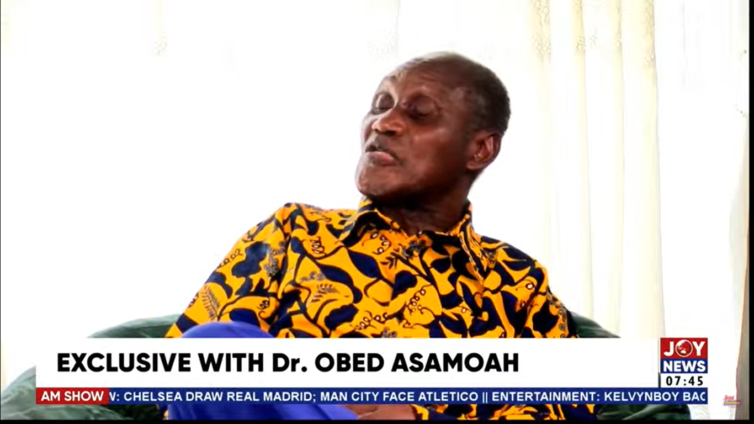 A former Attorney-General and Minister of Justice, Dr Obed Asamoah has called on government to be “more honest” following the numerous complaints by Ghanaians of economic challenges.

According to Dr Asamoah, in order for government to get the support of the people, it must be prepared to be utterly transparent in all its financial dealings.

Ghana’s economical numbers have not been at their best in recent times.

The cedi is depreciating in relation to the dominant currencies at a fast pace. Similarly, there has been a hike in fuel prices with a litre of diesel selling at ¢10.

Speaking on JoyNews’ AM Show, Dr Asamoah stressed it is time for government to be accountable and transparent with its people.

“There are so many issues, issues about corruption, procurement and the amount of money that is being lost on so many things. I mean, government has to come out clean.

The meeting was chaired by President Akufo-Addo, together with all NPP MPs, ministers, government appointees, and the governing New Patriotic Party (NPP) leadership.

He also added that Finance Minister, Ken Ofori-Atta will provide more details of these measures later this week.

DISCLAIMER: The Views, Comments, Opinions, Contributions and Statements made by Readers and Contributors on this platform do not necessarily represent the views or policy of Multimedia Group Limited.
Tags:
Dr Obed Asamoah
Economic challenges
Government