"Gov't will renegotiate payment with Woyome if..." - Dep. Attorney-General - MyJoyOnline.com

“Gov’t will renegotiate payment with Woyome if…” – Dep. Attorney-General 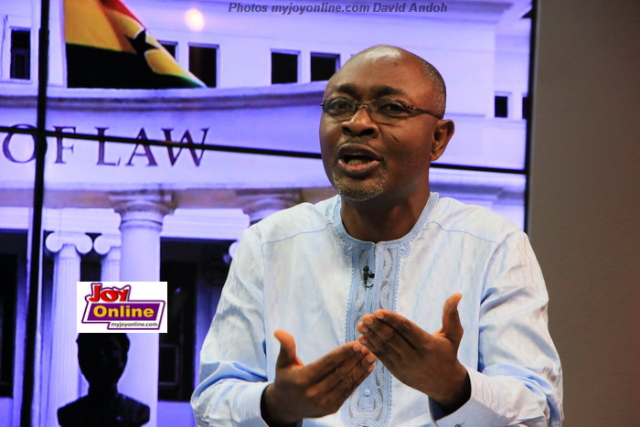 Government says it is ready to renegotiate with Alfred Woyome, on the payment of the GH¢47.2 million he owes the state if he makes a substantial down payment.

The businessman is also supposed to commits to pay the balance within a reasonable period.

A Deputy Attorney-General, Godfred Yeboah Dame, said his outfit was yet to receive a formal proposal from the businessman, who had informed the media that he was ready to renegotiate.

In an interview, he said indicated, however, that the processes towards auctioning Woyome’s assets to offset the ¢47.2 million debt he owed the government would continue.

“Until he comes to formally inform us and make good arrangements, we have not taken notice of [his negotiation proposal]. The processes to auction his assets will continue,” he said.

The Deputy Attorney-General said any renegotiation agreement was dependant on the “size of the immediate payment he makes and how realistic a period he sets to pay outstanding amounts”.

The embattled businessman, who risks losing assets worth about ¢30 million to defray part of the ¢47.2 million he owes the state, stated in an interview on Friday that he was ready to renegotiate with the government a payment schedule.

Mr Woyome refunded ¢4 million in November 2016 and promised to pay the outstanding amount in quarterly instalments of ¢5 million, commencing April 1, 2017, but failed to fulfil the pledge.

In the interview, he said he was poised to repay the money in good faith.

Reacting to the Supreme Court decision that ordered the sale of his assets to pay part of the debt owed the state, he said: “I will meet with the government to see how the money can be paid in renegotiated terms.”

He said he was ready to meet with the government to bring closure to the matter.

Asked if he would go to the renegotiation table with the old terms of paying ¢5 million every quarter, Mr Woyome answered in the negative but declined to give details of what his new terms were.

“We will come up with a new schedule of payment,” he said and insisted that he did not collude with any entity or persons to shirk his responsibility with regard to the debt owed the government.

Mr Woyome insisted that the assets captured in the court’s ruling were collateralised and for that reason, he would file for a review of the court’s decision.

“We will go for a review on aspects of the collateralised assets and seek clarification,” he said.

A three-year legal battle over the true ownership of properties in the case involving Mr Woyome was settled last Thursday when the Supreme Court ordered the sale of the assets to defray the ¢47.2 million debt he owes the state.

Assets to be sold include two mansions at Trassaco Estate, a house at Kpehe where he resides, an office complex of Anator Holdings, a residential building at Abelemkpe and a stone quarry in the Eastern Region, including its plants and equipment.

The court, with Mr Justice A. A. Bennin as the sole judge held that the properties belonged to Woyome and that the claim by UT Bank that the businessman had sold two houses at Trassaco Estate to the bank to defray his debt was a sham.

Again, the apex court held that Woyome’s quarry was not used as collateral, as he and the bank claimed.

The presiding judge held that evidence adduced by the state in court showed that there had been no sale of the property to UT Bank.

He said there was clear collusion between the bank and Woyome to create the impression that the properties in dispute were for Woyome and later reverted to the bank for the repayment of a loan.

“I declare the sale as a sham,” Mr Justice Bennin said in the ruling.

Costs of GH¢60,000 were awarded against UT Bank and Woyome.