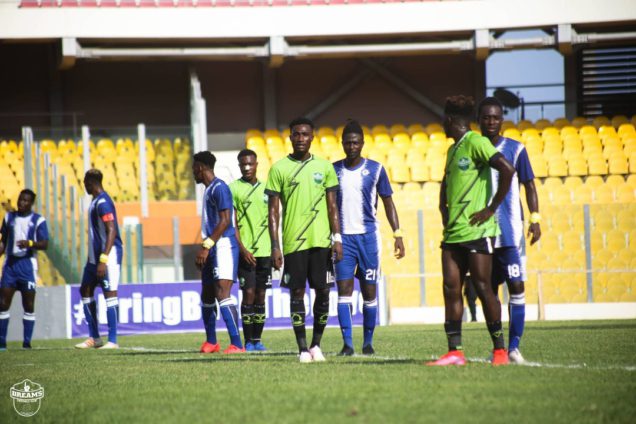 The Ghana Premier League continues over the weekend with some good football games to excite supporters.

Matchday 7 kicks off on Friday at Techiman, where Eleven Wonders will play host to Dreams FC.
Eleven Wonder have had a poor start to this season, earning just five points from six games while Dreams have 10 points from a possible 18.

Winless in their last three games, Great Olympics will look to bounce back to winning ways when they face Aduana Stars at the Nana Agyemang Badu park on Saturday.

On Sunday, Legon Cities will go head-to-head with Berekum Chelsea at the El Wak Sports Stadium due to the unavailability of the Accra Sports Stadium.

Medeama Sporting Club have a tough task ahead with a trip to Tamale to play Real Tamale United while Bibiani Gold Stars will invite Bechem United to the Dun’s Park.

Joint league leaders, King Faisal will return to the Baba Yara Stadium to play Elmina Sharks while the encounter between WAFA and AshantiGold will take place at the WAFA Park in Sogakope.

Accra Lions will hope to begin without Rainer Kraft with a win but will first need to overcome the challenge of Anyinase-based Karela United at the Crosby Awuah Memorial Park.

The game between Accra Hearts of Oak and Asante Kotoko has been postponed.

With reference to the league table, Asante Kotoko and King Faisal occupy the top spot with 13 points each from six games played, with Aduana and Bechem United completing the top four.