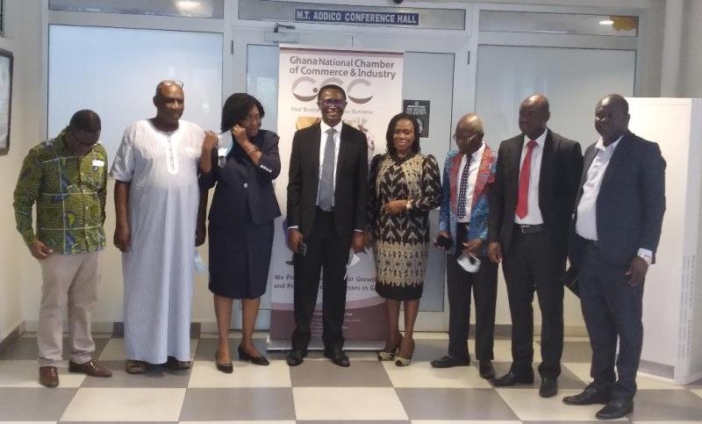 The Ghana Revenue Authority (GRA) has identified over 14 million people who are qualified to pay tax after the successful integration of the Ghana Card and Taxpayer Identification Numbers (TIN).

This change is in line with government’s policy on the use of a unique identifier for all transactions where the identification of an individual is required.

Mr Ammishaddai Owusu-Amoah, Commissioner–General of the GRA, said 6.6 million people currently file their tax returns with the recent data available to them.

Speaking at “the time with the Commissioner-General of GRA” event organised by the Ghana National Chamber of Commerce and Industry (GNCCI), Mr Owusu-Amoah said initially only 4 million people were filing their tax returns but with the integration, they had another 2.6 million people.

He said analysis from the date indicated that almost 8 million people were not filing their tax returns annually and the aim of the data was to help people to become compliant because the data showed the age profile of the people, the professional profile and their residential addresses.

The Commissioner-General said there was no evidence from the data available to them that a number of the people, who are in the legal profession, Accountants and the medical fields had been filing their tax returns.

He said it did not mean that those people were not paying their taxes, “maybe they only pay their PAYE and do not pay any other taxes they were supposed to pay.”

Mr Owusu-Amoah hinted at engaging the persons involved to find out why previously there was no evidence that they had filed their tax returns.

He encouraged all Ghanaians whether employees or self-employed to file their tax returns, saying it was important that everybody became compliant in filing and paying of taxes.

The Commissioner-General also indicated that the data showed that people above the ages of 35 years and below 65 years lived and resided in the top 10 affluent places in the capital like the Cantonments, East Legon and Labone but yet their names were not in the database.

He said by end of September, applications needed to be received by the Authority and discussions held with amicable arrangements made to pay and once it was paid before December 2021, “we will waive all the penalties and interest.”

“l want to encourage you all to take advantage of the arrangement that had been made by the government as part of the COVID-19 alleviation initiatives,” he added.

Mrs Victoria M.E Hajar, the First Vice President of GNCCI, expressed appreciation to the GRA for the partnership to address key tax issues affecting businesses as well as sensitize and dialogue with the business community on tax administration and its implications.

She said the timely response in paying overdue duty drawback and significant effort to address the technical challenges ensured improved confidence in the process.

The First Vice-President said the Chamber had identified three issues that needed the attention of the Commissioner-General, which were the delay in refund application, the requirement to pay 30 per cent of a tax assessed during tax audit before a taxpayer could make any objection to the assessment and lack of clear procedural rules in the application of some of the provisions in the tax laws.

She said the GNCCI was committed to serving as the link between the private sector and government at the various levels while offering its members business support services.

DISCLAIMER: The Views, Comments, Opinions, Contributions and Statements made by Readers and Contributors on this platform do not necessarily represent the views or policy of Multimedia Group Limited.
Tags:
Ghana Card
Ghana Revenue Authority
Tax Identification Numbers
Tax Payers