Heightened euphoria ahead of Ghana-Nigeria play-off in Kumasi 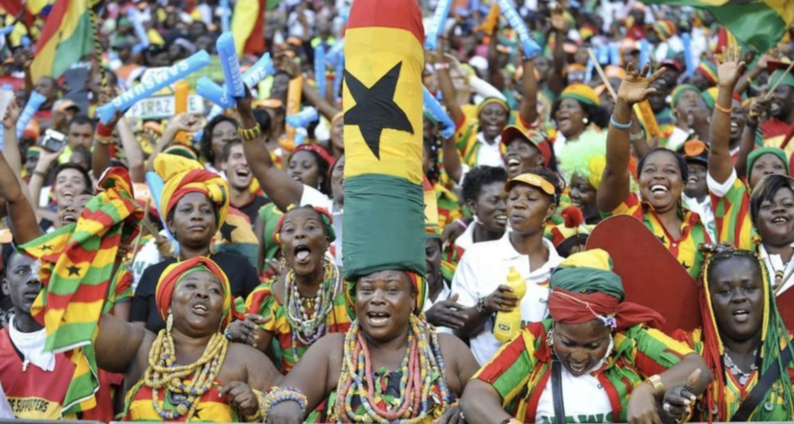 A day to the epic clash between Ghana and Nigeria in the World Cup first leg playoff at the Baba Yara Stadium in Kumasi, the euphoria around the match is high in the Ashanti regional capital.

The National Sports Authority says the Baba Yara Stadium is set for the crucial match, after meeting conditions by the Confederation of African Football (CAF).

“In terms of the requirements of CAF and FIFA regarding Baba Yara Sports Stadium, it is over ninety per cent complete. We are ready for the match”, Mark Addo is the GFA Vice President.

Security in the city is also beefing up.

But ahead of the play off, some football fans in Kumasi have expressed disgust at the refusal of the Ghana Football Association to afford them the opportunity to watch the Blacks Stars in training sessions.

“I don’t really know if our leaders in the sports fraternal understand their own tag line which is “bring back the love”. If you want someone to love something, you have to let them have a feel of what you want them to love. So, when fans are coming to the stadium to watch their own players who are being paid by their own tax money, you have to let them in. Unless maybe you’re trying to tell us you don’t want them to come and support the team. But if they really want the people to come and support them they should allow them in.”

Meanwhile, former Ghana international, Samuel Osei Kuffour, has been reacting to concerns raised by Ghanaian soccer fans on their inability to watch the Stars train.

Speaking to Luv Sports, the former Bayern Munich defender appealed to the fans to understand the decision by interim coach, Otto Addo, not allow the team engage publicly with the supporters and to have their training sessions away from the prying eyes of the enemy.

“Ghana and Nigeria games are always about strategies and this is the strategy that we have probably adopted. Remember in the first-place people were asking about the list of players invited for the game. Why are they not circulating the names to the media and Ghanaian public? But like every coach or architect has his or her own plan so we should accept and respect that,” said Osei Kuffour.

The former UEFA champions league winner is however optimistic of the chances of the Black Stars against the Super Eagles.

Kuffour concedes the Nigerians look stronger on paper, but he believes Ghana can ride on their rich history against the Nigerians in football to triumph.

“Don’t forget that if you look at the history Ghana is ahead of Nigeria in terms of wins. The last time they beat us was in 2006 and I was playing in that game at the AFCON. And from then they have never got the chance to beat us, so psychologically we have the advantage. They can have all the big stars; they are much better than us player to player but when you look into the details and history of games between the two countries, we are ahead of them so we will take that advantage on them,” he said.

The former UEFA champions league winner is however optimistic of the chances of the Black Stars against the Super Eagles.

He says the Ghana Nigeria match goes beyond football, but has to with everything, including the fight on Jollof rice supremacy, which shouldn’t be taken as a joke.

“if you look on paper Nigeria is far better than Ghana but it is about the mindset. The one who makes and effort wins all the time. Ghana versus Nigeria is a game that you cannot joke with, it goes beyond football. It’s about their musicians vs our musicians, their actors and actresses vs ours, their politicians vs ours and even their Jollof vs ours.”

Days ahead of the match, many hotels and guest houses in Greater Kumasi are fully-booked in advance.

Restaurants, pubs and other entertainment centers in the city are also expected to record a surge in patronage.

GFA Vice President, Mark Addo, is urging Ghanaian soccer fans to troop to the Baba Yara stadium in their numbers to ensure massive victory for the Black Stars.

“I’m very confident in the team winning on Friday. This is where we have qualified in the past, this is where the spirit of the team is. I remember when we played against Egypt at this same venue in the playoff for Brazil 2014 it was an incredible feeling, incredible atmosphere and I think with the same support and love the Black Stars will excel. Remember the Black Stars is all we have so let’s come and support. We have to stand behind the team,” the Ghana FA Veep emphasized.

DISCLAIMER: The Views, Comments, Opinions, Contributions and Statements made by Readers and Contributors on this platform do not necessarily represent the views or policy of Multimedia Group Limited.
Tags:
Blackstars
Ghana Football Association (GFA)
Ghana-Nigeria