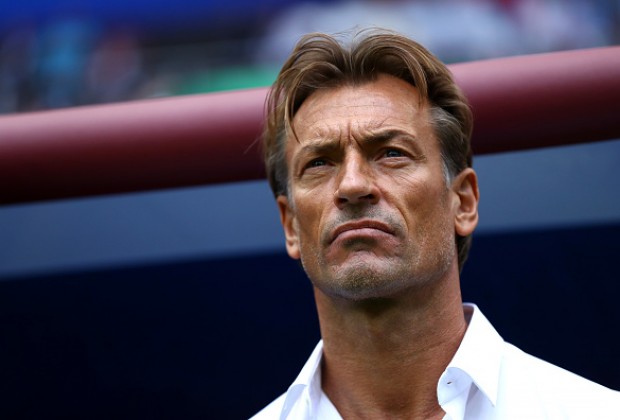 Ghanaians are anxiously waiting to know who will coach the national men’s team, the Black Stars.

Already, names such as Sellas Tetteh, Kwesi Appiah and Milovan Rajevac have already popped up.

Well, for football analyst, Nana Agyeman, Herve Renard is a good candidate for the position.

Speaking to Aisha Ibrahim on the Pulse, he said, “If we still want to pursue this dream of winning the Africa Cup of Nations for he first time in 40 years, I think that is a man who understands the African terrain.

“He is a man who will stand up to the GFA and the government if need be and he will tell them that if its not his way, they should take their job”.

The sports analyst says he doesn’t know of anyone else to do the job. He admits though that getting Herve Renard comes at “a heavy price tag. We are talking about a $100,000 minimum to get that man here”.

Herve Renard has worked in Ghana before as a physical trainer of the black stars under coach Claude le Roy.

Coach Renard subsequently coached the national teams of Zambia and Ivory Coast which won the AFCON in 2012 and 2015 respectively.

The French man is currently the coach of Saudi Arabia.

The Ghana Football Association sacked Black Stars Coach, Charles Akonnor and his two Assistants on the 13th of September.

The Executive Council has formed a three Member Committee made up of Vice President, Mark Addo, Upper East Regional Football Association Chairman, Salifu Zida and Dr Randy Abbey to find a Head Coach and Assistant Coaches for the Black Stars within the next 72 hours.

Will the GFA settle on a foreign coach or continue the trend of selecting Ghanaians as coaches?