Heward-Mills, one other not included in National Cathedral’s incorporation – Ablakwa 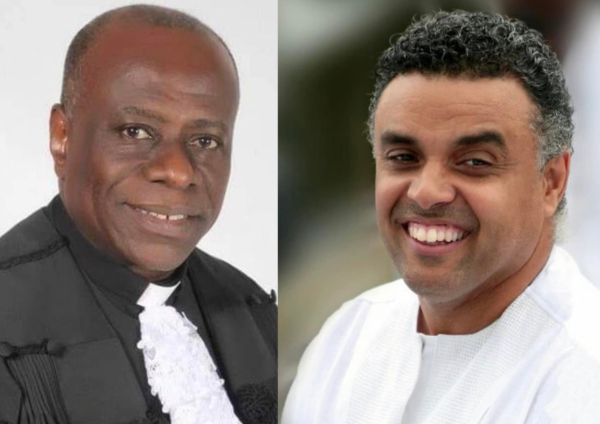 The Member of Parliament (MP) for North Tongu, Samuel Okudzeto Ablakwa, has disclosed that some members of the Board of Trustees of the National Cathedral have been omitted in its incorporation.

According to him, Bishop Dag Heward-Mills, who is the Presiding Bishop of the Lighthouse Group of Churches, and the former Moderator of the Presbyterian Church, Rev. Prof. Cephas were not added.

Mr. Ablakwa said the press release from the National Cathedral Secretariat issued on Friday, June 17, which included the two clergymen, is untrue.

“The two revered clergymen have at all material times been clearly left out, and substituted with the following names: Samuel Antwi and Kingsley Ofosu Ntiamoah.

“One wonders if Bishop Dag Heward-Mills and Rev. Prof. Cephas Omenyo are aware that despite the public misrepresentations, their names have been patently omitted from the list of eminent registered directors?”

The outspoken legislator, therefore, asked the Secretariat to be forthright with information on the matter.

“The list of falsehoods, misrepresentations, opacity, lawlessness, and blatant corruption associated with this cathedral project is now a bottomless pit.”

The Ranking Member on Parliament’s Foreign Affairs Committee also contradicted the claim by the Secretariat of the National Cathedral of Ghana that the project is state-owned.

He contended that documents in his possession show that the project is a private entity.

“Legally, the National Cathedral of Ghana is a state-owned company limited by guarantee, and was incorporated under the Companies Act, 1963 (Act 179) on July 18, 2019.”

Meanwhile, the Executive Director of the National Cathedral of Ghana has confirmed that the construction of the religious edifice has stalled.

In a statement issued on Friday, he assured that construction would soon restart.

However, JoyNews checks at the project site on Monday, June 13 showed that work on the project has reportedly stalled for the past three months.

DISCLAIMER: The Views, Comments, Opinions, Contributions and Statements made by Readers and Contributors on this platform do not necessarily represent the views or policy of Multimedia Group Limited.
Tags:
Ablakwa
Dag Heward-Mills
National Cathedral of Ghana