Hi-Life Festival puts the icing on 2011 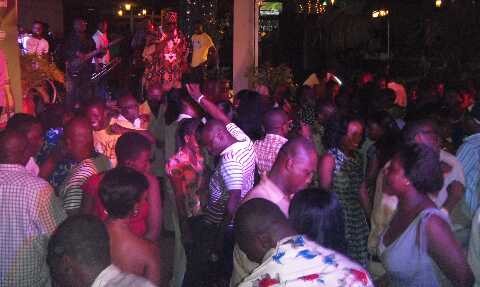 The final instalment of the Hi-Life Festival for 2011 which came off at the Alisa Hotel poolside Friday night, December 30, got patrons beaming with profound joy and satisfaction even hours after the show was over.

Some were literally stuck in their seats not wanting to leave the venue just because they wanted more. Interestingly, the night had four of Ghana’s all time hi-life greats, Jewel Ackah, Felix Owusu, Paapa Yankson and K. K. Kabobo, on the bill.

The Shabo International Band, the band for the night, warmed up the music nerves and feet of patrons. Tasked to give revelers a feel of what the night had in store, one could say they executed that task perfectly and diligently. They were splendid with some of their renditions of some popular tunes.

The first artiste to mount the stage was Jewel Ackah who was dressed in an all white. After wishing the hundreds who had filled every inch of space at the venue a Merry Christmas and a Prosperous New Year, he kick started his performance.

His first and second songs were gospel. He first called for God’s blessings and his son, Jesus, to guide his children from the torments of the evil one. That was followed by his second, Asumdwe Hene.