How to tell if a guy likes you, based on his texts 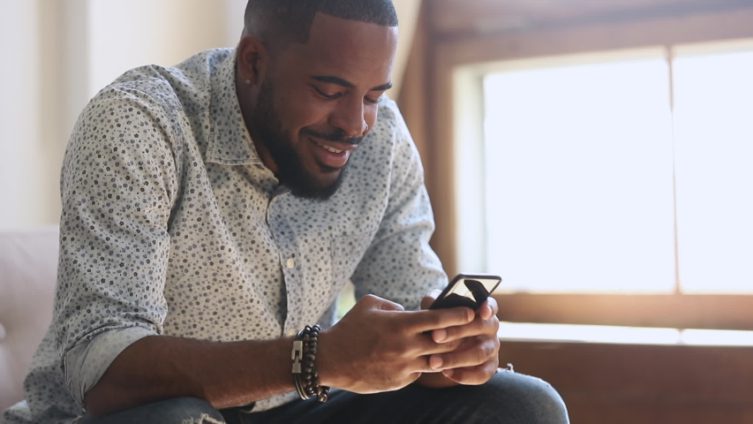 The good news is that the guy you like is texting you.

The bad news is that you’re not sure how to tell if this guy likes you and wants to get to know you better, or if he’s looking for something easy and casual and will only end up wasting your time.

The great news is that there are some particular signs a guy likes you that you can look for in the kind of messages he sends you over text.

When you know what to look for and how guys text when they like you, figuring out a man’s true intentions for dating or pursuing you is fairly easy to do.

With this in mind, there are three rather foolproof ways to tell the level of a man’s interest and whether or not he’s giving any thought to a serious, long-term relationship with you.

If you want to know how to tell if a guy likes you or is just playing mind games, here are 3 telling signs to watch for in the way he texts.

When a guy likes you, his goal isn’t to chitchat with you endlessly over text. He texts you to make a plan. He gives you an invitation.

For example, he’ll text something like, “I want to take you out to dinner on Friday night. I’ll pick you up at 8:00 a.m.? How do you feel about that?”

Relationships are built in person. When a man is in front of you, it’s an entirely different conversation. If a guy can’t figure out how to get off the phone so he can look into your eyes, he’s wasting both his time and yours.

The old saying holds true — you want a man with a plan. A guy who likes you knows what he wants, and he doesn’t hesitate to go after it.

A man who is interested in you keeps a barometer on how you’re feeling. He will ask you how your day was, how you are feeling, whether you’re feeling tired or hungry, and so on.

In other words, he cares about your humanity.

A guy who’s wasting your time focuses on his own agenda. He’ll text you hookup culture-type questions, such as, “What’s up?”, or, “Want to watch a movie?”

These are often, although not always, shorthand questions asked with the intention of seeing you only casually. His questions will show little regard for how you feel, because how you feel isn’t on his radar.

A guy who genuinely likes you and isn’t only physically attracted to you cares about how you feel and wants to get to know you better as a human being.

3. If a guy likes you, he’ll text you to find out where you are.

When a guy truly likes you, he will start to become protective of you.

A guy who’s wasting your time won’t ask you anything about yourself. His texts will be random, with no real sense of continuity.

A relationship is a conversation that never ends. A guy who likes you shows momentum, becomes protective, and wants to know where you are, as well as what you’re doing.

The most important thing to remember is that you want a man with a plan.

A guy who’s randomly and aimlessly texting you is at best ambivalent about you, and is wasting your time.

A guy who likes you asks you questions about how you feel. He’s interested and curious about getting to know you. He asks you, “How was your day?,” not just, “What’s up tonight?”

When a guy starts asking questions and shows he cares about where and how you are, it’s a sign that he’s considering a future with you.

A man who is serious about having a relationship with you is giving, cherishing, and protective.

In other words, he’s texting you because he likes you.