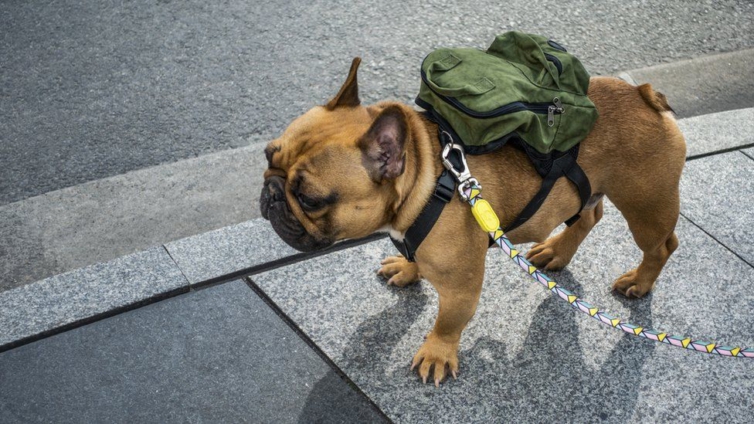 Residents of Quebec are allowed to walk their dogs after curfew, but not their husbands

A couple in Canada have been fined for breaking Covid curfew rules after the woman was caught “walking” her husband on a leash, according to local media.

The woman reportedly told police that she was just out “walking her dog” near their home in the city of Sherbrooke, in Quebec province.

On Saturday the province imposed a nightly curfew between 20:00 and 05:00.

Walking a dog close to home is one of the only acceptable reasons to be outside between those times.

The pair were spotted by police at around 9pm on Saturday night, just a short while after the new rules came into effect.

They reportedly told police that they were following the rule for pets. Isabelle Gendron, of the Sherbrooke Police Department, told the local newspaper La Tribune the couple “did not co-operate with the police at all”.

Police across Quebec issued 750 tickets for violations during the first weekend of the curfew.

Canada has seen a recent surge in Covid-19 infections, nearing 670,000 total cases since the pandemic began.

On Monday Quebec’s premier François Legault called on residents to respect social distancing rules, saying “I know it’s difficult, but Quebeckers are able to work as a team when necessary.”

He warned that the situation in the province’s largest city Montreal was “really critical” and said hospitals were nearing the point where they would not be able to treat all patients.