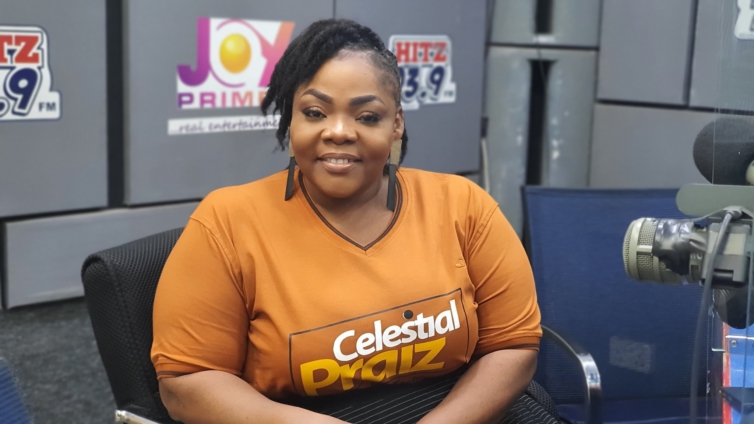 Gospel musician, Celestine Donkor, says she was not aware that Empress Gifty was the artiste who claimed to have used $40,000 to make her music videos.

According to her, unlike popular opinions, she did not insult her colleague Empress Gifty when she said she would use the same amount to invest in rice business.

Speaking on Daybreak Hitz on Hitz FM, Celestine Donkor explained that during her interview with Mike 2 on Adom FM, she considered the question to be a general one and had no one in mind while answering.

“I had no idea that before the interview Gifty Empress had made a statement like that, so I received that question from the bottom of my heart as a general question which I gave my opinion.”

“So later on when I was seeing the headlines, I was shocked. But, I understood why the headlines were like that because those people knew that Gifty had said that earlier. I didn’t know, so I did a video to say that I have nothing against Gifty,” the singer noted.

Celestine Donkor added that it was unfortunate her comments had been misinterpreted as an attack on Empress Gifty.

In January, Gospel artiste, Empress Gifty, had claimed she spent about $40,000 on her music video for her song ‘Eyɛ Woa’.

Speaking in an interview on LOOPS GH TV, Empress Gifty stated that the recent cost of $40,000, covered her costumes and the production among others.

In February, Celestine Donkor was asked in an interview if she would spend the same amount of money on a music video. She replied that she would use the money to rather invest in rice business.

Celestine Donkor noted that she would get more money selling and importing rice than spending that much money on a music video.

Meanwhile, Celestine Donkor says she will not allow her comments to bring enmity between her and Empress Gifty.

The Only You singer added that despite the publications, she still has a solid relationship with Empress Gifty.