I don’t need to prove anything – Ambolley on his allegations against MUSIGA, Okyeame Kwame 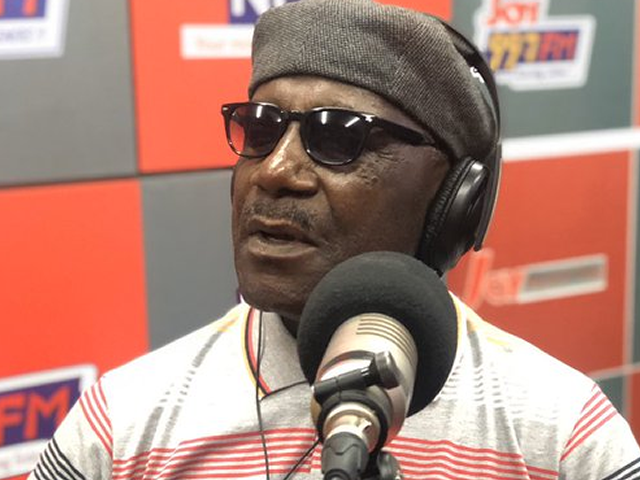 Veteran musician Gyedu-Blay Ambolley has said that he no longer has to prove whether the former President of the Musicians Union of Ghana gave shares of governments GH¢2 million meant for the union to his “friends”.

In an interview with Joy Prime’s Ibrahim Ben-Bako, he stated that if these artistes want to prove he is fabricating his comments, then the Union should account for what they used the money for.

“Whatever I have said, if it is wrong or right then, when the accountability of the GH¢2 million is made we will find out and see where it went,” Ambolley added.

The veteran artiste, in an interview, accused Okyeame Kwame along with some other musicians including Tic Tac, Bessa Simons and Ben Brako for receiving ¢50,000 from government’s GH¢2 million meant for the MUSIGA.

He said the money was given to these artistes by the then President Bice Osei Kuffour.

Okyeame Kwame had threatened to sue the veteran artiste if he does not apologise within 72 hours.

But, in an interview on 3FM, Ambolley stated that he is not ready to apologise within the 72 hours.

According to him, he knows that something shady went on when MUSIGA was given the money.

In view of that, Ambolley said he needed a week to make his checks and get back to Okyeame Kwame either with an apology or his facts.

However, he told Ibrahim Ben-Bako, on Tuesday, that he does not need the time to prove his allegations because the accountability would either justify his claims or Okyeame Kwame’s.

DISCLAIMER: The Views, Comments, Opinions, Contributions and Statements made by Readers and Contributors on this platform do not necessarily represent the views or policy of Multimedia Group Limited.
Tags:
Gyedu-Blay Ambolley
MUSIGA
Okyeame Kwame