I lied because people were associating me with politics - Cindy Thompson on 'Awurade Kasa' - MyJoyOnline.com 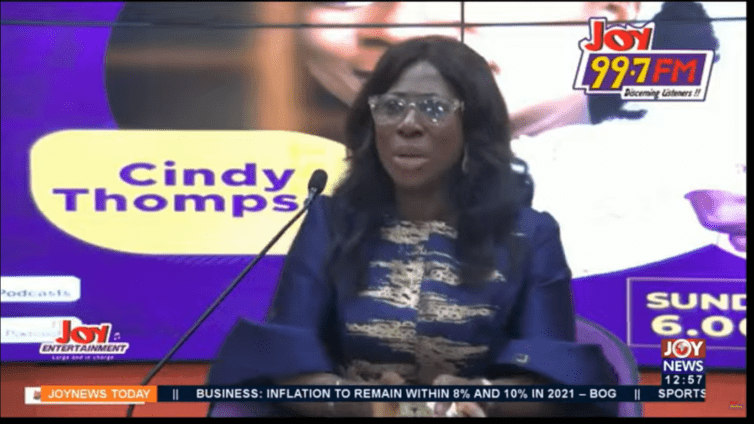 Gospel musician Cindy Thompson has recounted how life has been since the governing New Patriotic Party (NPP) adopted her song, Awurade Kasa, for their 2000 election campaign.

On Joy FM’s The Reason is Jesus, the veteran artiste said she was scared because people started associating her with politics.

According to her, she resorted to lying about her identity to prevent people from easily making her out.

“I got afraid because we know that if they start associating you with a political party, they can kill or destroy you.

“So when it got to a point when I go out, I didn’t want people to see me. If somebody ever said to me, ‘You look like somebody’. I mostly lied and said, ‘that is my twin sister’,” she told host Fiifi Folson on Sunday.

Awurade Kasa single, which the singer released in early 2000, was a popular song widely accepted by the Christian community for its spiritual and electrifying lyrics.

The song was even made popular by the NPP presidential candidate John A. Kufuor made it his major campaign song ahead of Ghana’s first general elections in the 21st Century.

Mr Kufuor using ‘Awurade kasa’, captivated the electorates and won the 2000 elections to become Ghana’s 10 President since independence and second in the Fourth Republic.