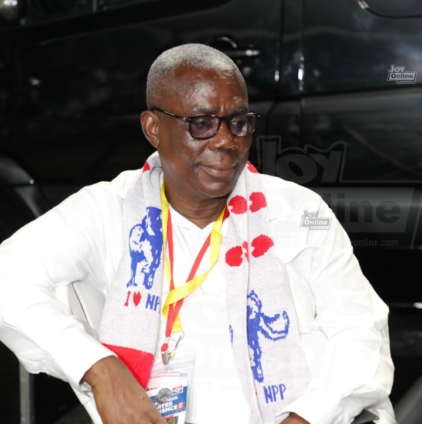 The Chairman of the NPP’s National Election Committee, Peter Mac Manu has stressed that the just-ended National Delegates Conference of the party, did not record any incident of bribery at the venue.

According to him, the earlier cautions from his outfit yielded results as he did not witness any delegate being induced with money at the Accra Sports Stadium.

Speaking in an interview with Emefa Apawu on The Probe on Sunday, he, therefore, stated that the party deserves some plaudits for organizing a bribery-free Conference at the venue.

“Your representatives who came to the Congress didn’t see anybody parting with monies, exchanging monies to urge voters [and] delegates to vote him on the congress grounds. At least having highlighted that to the generality of Ghanaians, you must pat us on the back.

As far as the Chairman of the National Elections Committee knows and from where I sit, on the congress grounds, I never saw anything like that”, he stated.

Mr. Mac Manu made these remarks while giving updates on the party’s National Delegates Conference, which saw thousands of party faithful gathering to elect new executives for the party.

Touching on the late start of proceedings on Saturday, he explained that the delay was occasioned by an injunction that was filed to prevent TESCON delegates from taking part in the elections.

He also added that some delegates had to commute all the way from the Eastern Region to the venue, due to some challenges with finding accommodation for them in Accra.

Mr. Mac Manu used to the opportunity to dismiss assertions that the delay was as a result of aspirants meeting delegates in their hotels to give them money before they come to the venue.

In all, he was glad about the turn of events and expressed his happiness for a successful exercise.