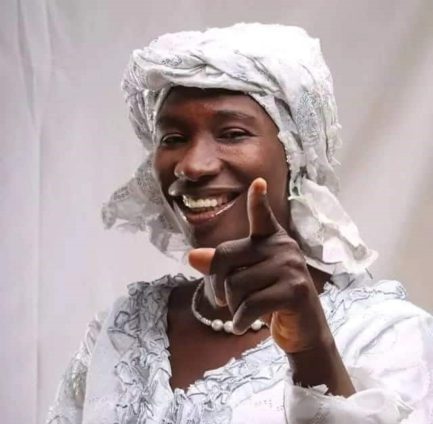 Renowned gospel musician, Cecilia Marfo has expressed shock at the level of hype and patronage she has received on social media, following her popular ‘Washawa Say’ video.

About a week ago, the 43-year-old evangelist revived her prominence on the music market after ‘butchering’ the lyrics of a popular Christian chorus, ‘What shall I say unto the Lord, all I have to say is thank you, Lord’.

Cecilia’s thwarted rendition of the song subsequently made her a subject of laughter and public ridicule across all the known social media platforms. On Tiktok for example, score of users created viral videos to mimick her funny slips on the English lyrics.

But reacting to the fame that has accompanied the song, the charismatic singer said she never anticipated that her video will generate such huge traction.

Accordingly to her, whatever is happening is the doing of the Lord. She made these remarks on Adom TV’s entertainment show, ‘Ahosepe Xtra’, on Saturday.

‘I am very surprised about the trend. It is the Lord who has done it. God can use every avenue to glorify His children. As it stands, everybody is playing it [even you]. And I’m happy’, she told host of the show.

Meanwhile, a section of the Ghanaian populace have also criticised the singer for making a mockery of God and the Christendom through her flaws.

According to them, Cecilia Marfo’s poor grasp of the English Language undermines the reverence for ‘spirituality’, and therefore she should stick to her local dialect in all her subsequent renditions and performances.

DISCLAIMER: The Views, Comments, Opinions, Contributions and Statements made by Readers and Contributors on this platform do not necessarily represent the views or policy of Multimedia Group Limited.
Tags:
Cecilia Marfo
Washawa Say