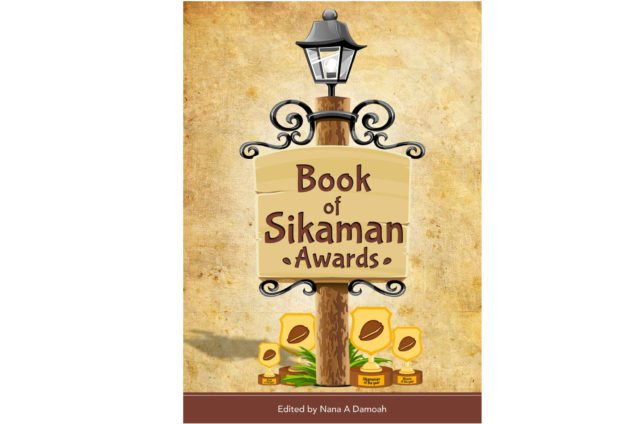 Losses of the Year:

Too many to count. For a second consecutive year under Covid, deaths still featured in our conversations, very painful ones. 2021 opened with the death of beloved Ghanaian photographer Emmanuel Bobbie (Bob Pixel) and ended with the death of Archbishop Desmond Tutu. Some notable losses were Nana Kwame Ampadu (the King of Highlife) and Prince Philip of the United Kingdom. Everyone experienced a close loss. May the departed souls rest in perfect peace.

Most Significant Event of the Year:

The emergence (because we are still not sure if he was elected or agreed on by consensus) of the first Speaker of the Fourth Republic from the party which is not the ruling party (the party of the President). This event was to influence a lot that happened during the year. The Right Honourable Alban Sumana Kingsford Bagbin, a colossus of Parliament. If you have any issues, ASK Bagbin.

Our Parliamentarians. They really ‘collected their names’!

The Hon Henry Quartey, Member of Parliament for Ayawaso Central Constituency and the Greater Accra Regional Minister. His appointment was not an Administrative Error. He hit the ground running and achieved some tangible feats. He was visible, involved and on point. For 2021, we shall remember him for Zongo Junction and Agbogbloshie and for how he galvanised leaders from all sides to support his agenda to make Accra work. Minister, more vim!

General Mosquito. His performance at the Election Petition at the Supreme Court was a key highlight. The mosquito really got under the skin of the elephant during the year under review.

Marketing Personality of the Year:

Kwaku Appea and all his other variants.

Photographer of the Year:

This can only go to Bob Pixel (Emmanuel Bobbie) whose loss in 2021 hit us all. Bob had carried Ghana to the world through his lens. We miss you, Bobbie.

SHS of the Year:

Keta SHS, for reaching the Finals of the National Science and Maths Quiz, and inspiring us all. Dzo Lali, Now or Never!

Seetay Waa Moment of the Year:

Decision of the Legal Team of the Defendants in the Election Petition case not to call witnesses, effectively ensuring that the Electoral Commissioner wasn’t cross-examined by the venerable Tsatsu. It was an “Oh!” Moment.

“Sɛ Asa” Moment of the year (an event that finally happened after a long time of expectation or postponements or uncertainty):

Finally, after years of practicing prime democracy, and after various episodes that had us covering our faces with our palms, we proudly have a Parliament we can be ashamed off.

Ajeeeiii! Moment of the Year:

New MPs fighting in Parliament as they elect new Speaker, whilst the entire world watched us not only wash our dirty linen in public but actually use palm oil instead of water.

Prof Dr Soo Bandu. He wrote a thesis for his honorary doctorate degree, a first. It was such a seminal achievement that the Trinity International University of Ambassadors (TIUA) had to clear the air on the trinity of awards. Of Lions and Frogs.

Iconic Covid-19 Picture of the Year:

Archbishop Duncan-Williams double mask at the funeral service for late President JJ Rawlings. Responding to enquiries, the Papa stated: “Any atmosphere that is not prayer and Holy Ghost saturated, I will use my double mask and that has nothing to do with the faith, that just has to do with common sense. For the bible says, ‘Now to Him who is able to do exceedingly abundantly above all that we can imagine,’ that word imagine means ‘think’ and it is common sense, so use your head.” Word!

NSMQ Contestant of the Year:

Word of the Year:

Damparised. To be ‘damparised’ is to feel the effects of IGP Dr Dampare. Your eye top go clear!

Speech of the Year:

Culture of Silence speech by Sam Jonah, MBE. It sure caused some non-silence in many quarters.

Highlife Flyer of the Year:

Abi you know. Fly in style, Bath in the Clouds. Tutubrofo!

Withdrawal of the Year:

Termination of withdrawal or Withdrawal of termination…when the termination of an appointment was subsequently terminated even before the ink on the earlier terminating tool had evaporated. This was also the Administrative Error of the Year. Kudos, Adwoa One!

Twitter’s announcement that its Africa office will be in Ghana. Not all cousins and in-laws were happy.

Community Project of the Year:

Dikan Center, a photo library to be built in Ghana. Being championed by Paul Ninson. Via the Humans of New York page, more than a $1 million was raised to support this vision. And the news put both Paul and Ghana in the hearts and minds of many across the world. Dikan!

Wedding of the Year:

Obuasi Wedding – #RichBens2021. The name of the suburb where the wedding took place was a message in itself: Brahabebome.

Surprise International News of the Year:

Taliban Takeover of Afganistan. Took a few weeks to take us back two decades.

Football Club of the Year:

Sports Personality of the Year:

This is jointly awarded to Carlos Ahenkorah (for Athletics, specifically one-man relay) and Sports Minister Mustapha Ussif (for Boxing). They both made Ghana proud and have been selected to join our Olympics team.

Olympic Club of the Year:

Parliament House. Play dey demma eye top this year paa. They showed dexterity in sporting disciplines. They sprinted, they jumped, they boxed, they fenced, they fell, they did gymnastics, they played rugby, they did American football, they threw volleyballs, they did dancing chairs, they did it all.

Fight of the Year:

Too many to count! But the Awards committee will give this to the many fights that happened on the floor of Parliament and the tango between the Majority Caucus and the Speaker. In a way, the Speaker was a good promoter of the year too.

Standing Fans of the Year:

Ghanaian Celebrities. Aka GH Celebs. They had to stand with a lot of their folks who got Damparised as well as Poloed.

Biological Agent of the Year:

Book of the Year:

The UT Story: Humble Beginnings, by Captain Prince Kofi Amoabeng (Rtd) and George Bentum Essiaw. General Acheampong: The Life and Times of Ghana’s Head of State by Prof Baffour Agyeman-Duah was a significant release in 2021 as well.

Anticipated book of the Year:

Dancer of the Year:

Silent Preacher of the Year:

The Security Expert Irbad. We miss his mobile pulpit.

Arrest of the Year:

The arrest of Osofo Bem Good. By the Dampari.

Damascus Experience of the Year:

National Security Guest of the Year: Caleb Kudah. He was accompanied by his close friend Zoe and was served tea and biscuit. He was About Town.

Police Case of the Year:

Quite a lot. From teenagers murdering an 11-year-old at Kasoa, to Ejura demonstrations and the death of Kaaka (Ibrahim Mohammed), the police had lots of cases that the public followed with keen interest and generated lots of discussions.

Double Track Institution of the Year:

Parliament. They run two shifts effectively, each shift with its own HouseMaster.

NGO of the Year:

Donation of the Year:

Ex-President Mahama’s donation to the victims of the Keta Tidal Wave.

Administrative Move of the Year:

Bench Warrant of the Year:

Musical Chairs Handover of the Year:

Dining Hall Matter of the Year:

First Day at School Saga of the Year:

Our Day of the Year:

Oswald’s Our Day. It all started with a Wishlist and Ghana Twitter responded to the Viral Wishlist shared by a work colleague of Oswald Gennuh’s mother. Oswald’s teacher, Mrs. Appiah, wasn’t left out of the fun!

Miss of the Year:

Demo of the Year:

The one-day sit-down strike by the trotro drivers, due to rising fuel prices. Massive impact, but clearly it couldn’t go beyond a day. Lockdown in 2020 taught us that many of us work from hand to mouth, ‘by day workers’.

Boys Abrɛ Minister of the Year:

Finance Minister, Sir White Oh-Atta. E tried to stop stop some things and levy some things but E opened up some tangoing which is still ongoing. E no be easy!

Bonfire Event of the Year:

Burning of Excavators found at Galamsey sites. This category is sponsored by PRESEC.

Killer of the Year:

Bill of the Year:

Hoax of the Year:

The Shattered Self Killing stunt. It featured quickly on the Dampariscometer. A close second is the not-so-pregnant self-kidnapped Taadi Madam.

Chief Technology Guru of the Year:

Boiling Beans Team of the Year:

Hearts of Oak. They won the League in the last season and struggled in the next season. Soon, they were calling for the sack of their hero coach.

Comeback of the Year:

The Return of Milo, with his Interpreter Nido.

The Hon AJ Kristo. She worked so hard just after her appointment that she had the rest of the year off on leave. Remember the termination of her termination of contract?

Mensah of the Family:

Se Lorm. For all the stress he gave his Family Head. The Awards Committee agrees with the Head of Family that Se Lorm be banned from the End of Year Family Party.

Consumer Complaint of the Year:

“I was offered only tea; no biscuits.”

Hashtag of the Year:

Flight of the Year:

The Trajectory of Callous Von Snatcher

Procurement of the Year:

Purchase or near-purchase of Russian Sputnik V vaccines via a middleman in the Middle East. We are still in the middle of what should happen to those who meddled with the middleman.

Diplomatic Paradox of the Year:

Song of the Year:

Appointment of the Year:

The confirmation of Dr George Akuffo Dampare as Inspector-General of Police. As one, the entire nation said “Yes!” IGP Dampare is also awarded Sanitizer of the Year for sanitizing our 31st December nights.

Flyer Catcher of the Year:

Muntaka. For catching the callous snatcher.

The State of the Party Address by H.E. Olga, PhD

Photojournalist of the Year:

Kobby Blay, for his audiovisual reports from Keta SHS before, during and after the Finals of the National Science & Maths Quiz and also bringing us shots from Oswald’s Our Day. More vim, Kobby!

FPG of the Year:

Male Writer of the Year:

Female Writer of the Year:

Male Journalist of the Year:

Female Journalist of the Year:

Female Facebooker of the Year:

Male Facebooker of the Year: