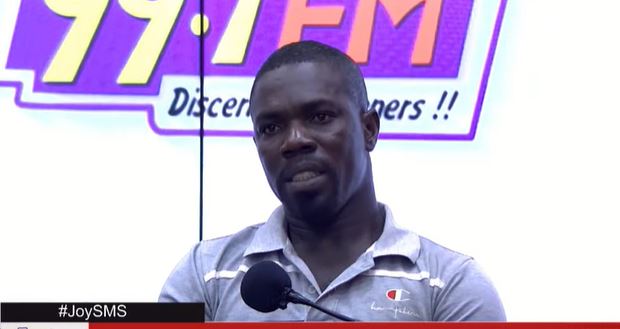 A 37-year-old man, Bernard Ofori, has recounted how he was compelled by health officials at the 37 Military Hospital to pay huge sums of money as the cost of healthcare for his pregnant wife, even after enrolling under the National Health Insurance Scheme (NHIS).

According to him, this happened in March last year, when he took his wife to the hospital for delivery.

“I was informed that under NHIS we were not going to make any payment. So as I was going to the hospital, the only money I had on me was ₵100. But immediately I got there I was asked to pay for drugs totalling 105 cedis,” he said on the Super Morning Show, on July 13, 2022.

At the first hurdle, he was stuck since he did not have enough money to cater for the drugs.

Luckily, he bumped into Corruption Watch investigator, Francisca Enchill, who assisted him with money for the drugs.

“Afterwards I thought the Insurance would cover the cost of the other drugs and healthcare but that was not the case. Officials at the hospital kept asking me to buy drugs, worth ₵300, ₵500, ₵450, the least ₵150. That was even not the end. Later, I was asked ₵1,800 for the Caesarean Section,” he recounted on the show on July 13.

According to Mr Ofori, leaving the hospital, he had paid over ₵3,500 which covered all aspects of healthcare even under the NHIS.

“I was made to pay for everything. The only thing I didn’t pay for was the knife which was used to operate on my wife,” he said.

In spite of all the charges, he lost his child.

His comment followed the Corruption Watch Investigation “Pay or Die” which exposed how expectant mothers in Ghana are paying for prenatal (before birth) and postpartum (after birth) care, contrary to provisions of the National Health Insurance Act, 2012 (Act 852).

Mr Ofori is not the only victim. An educationist, Jerry Koomson, shared a similar experience.

According to him, in April last year, he went to the Korle-Bu teaching hospital when his wife was about to deliver a baby.

“My wife was in labour and we went to the hospital. Though she’s a subscriber of the NHIS she was made to pay some monies that could not be accounted for.

According to him, contrary to his expectations, he purchased very expensive drugs, which under normal circumstances should be covered by the NHIS.

“I went to the hospital with good expectations but when we got there the frustrations regarding monetary aspects were just too much.

“I went to the hospital with about ₵600, hoping that since she had enrolled unto the NHIS policy, she would just be taken care of but within a twinkle of an eye, the money was gone,” he said.

In all, Mr Thompson paid about ₵4,000 at the hospital and had to fall on friends for support when he run out of money.

In 2008, government introduced a free maternal health policy under the National Health Insurance Scheme to promote the use of maternal health services. Under the policy, women are entitled to free services throughout pregnancy, delivery and after birth.

Well, that is supposed to be the ideal situation. The prevailing practice, however, is that pregnant women in possession of NHIS cards are made to pay for covered services under the policy.

This came to light in a special documentary produced by Corruption Watch, in partnership with Joy FM titled, “Pay or Die!: The agony of pregnant women in hospitals.”

Staff of renowned hospitals including; the 37 Military Hospital, Mamprobi Hospital, and Maamobi General Hospital are captured in the 30 minutes video charging these unapproved fees.

The issue was even murkier when some pregnant women were left unattended when they were unable to pay.

This caused many of them who could not afford the cost to go on a borrowing spree or face death.