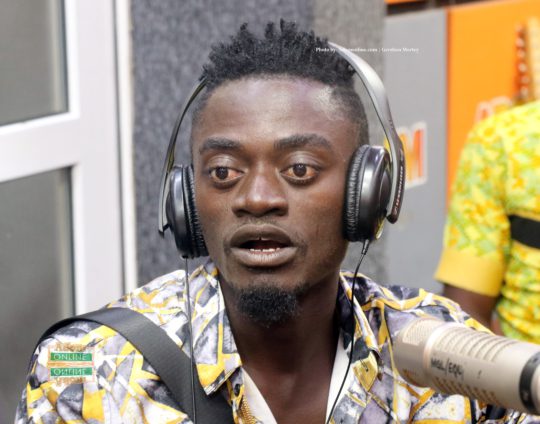 Ghanaian actor Kwadwo Nkansah “Lilwin” says he is poised to see the rise of Kumawood again, thus his motive for dropping back-to-back series on our local screens.

According to Lilwin, he had spent more than ¢800,000 on his recent three Kumawood series, all in an attempt to rally the big stars to ignite the love for local movies once again.

Ahead of the release of his recent series “Papano” which features the likes of Mame Dokono, Adwoa Smart, Komfour Kolege, among others, Lilwin said the massive investment in the local film industry was geared toward keeping the industry vibrant.

“We are aware of the challenges Kumawood has gone through in recent years especially with some movie producers unable to fund movie projects.

“So with my God-given talent as an actor, I needed to take a giant step towards reigniting the love of local movies. That is why I decided to invest in it by bringing on board all actors.

“Recruiting musicians on set is also to give Kumawood the needed traction and a new phase because I want to see Kumawood rise again,” he told Ghana News Agency in an interview.

Lilwin added that he is not perturbed about the losses that may arise but wanted to entertain his fans and stay relevant and active in the movie circles.

Lilwin rallied his fellow actors to help in the rejuvenation of the Kumawood industry and stop the backstabbing so that investors would come on board and support the industry.

The multiple-award-winning actor also refuted claims of being selective with actors he recruits on his set saying that everyone was welcomed on his set if only the role suits him/her.

Lilwin in recent months has thrilled movie audiences with some captivating serial drama which includes Cocoa Season, Police Academy, Agya Bofo), among others.