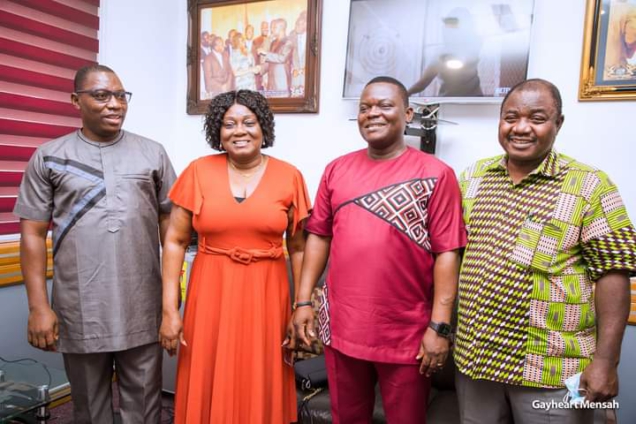 Gayheart Mensah, an aspiring candidate for the presidency of the Ghana Journalists Association (GJA), has called for partnership among the private media, development partners and the state.

This, he said is essential, given the role of the media in the sustenance of democracy and national development.

He was speaking during a meeting with journalists of the “Daily Guide” newspaper as part of his campaign tour of media houses in Accra.

According to him, interactions with the private media across the country over the years, show a sector with the majority of players struggling to survive.

“The life blood of the media is advertising. For the private media, particularly those in the regions and outside the main cities, it is a tough call for them. There is little to no advertising revenue. Some struggle to break even whilst the majority run at a loss. The proprietors of such media firms continue to operate out of sheer passion: nothing more.”

Mr Mensah noted that organisations concerned about the contribution of private media to the country’s democracy should be interested in how it operates.

“What we do as journalists reflects the state in which our country is. We partner with both the public and private sectors of this country for different courses. Consequently, the government, private sector, donor agencies and multilateral organizations must be interested in the state of the private media,” he said.

If given the nod to head the GJA, Gayheart Mensah has given the assurance to attract the desired attention for the sustenance of private media.

He spoke about capacity building, improving upon the level of professionalism and enhancing the operations of the private media as areas requiring urgent attention.

Meanwhile, Mr Gayheart Mensah has pledged that the GJA secretariat, under his leadership, will be organized to improve upon membership services and effectively drive participation in critical national conversations.

The welfare of members of the association, he said, is of great importance to him, for which he outlined a number of initiatives.

Apart from lecturing in Advanced Journalism and Development Journalism at the Ghana Institute of Journalism (GIJ), Gayheart Mensah has worked with the “Ghanaian Times”, “Graphic Showbiz”, “Daily Graphic” and was the Acting Editor of the “Evening News” about 21 years ago.

He was a pioneering panelist of the Joy FM flagship programme, News File, and also a pioneering member of the GTV Breakfast Show programme.