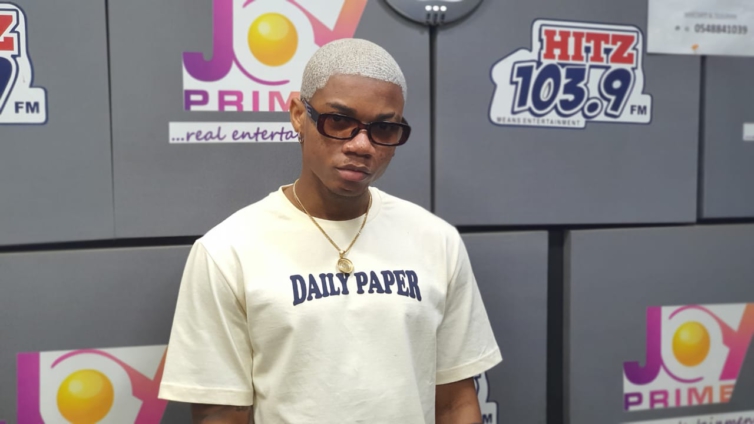 Reigning VGMA Artist of the Year, KiDi, is asking fans not to judge him by his old unkind tweets.

In an interview on Hitz FM, he reacted for the first time to some sneering tweets that were sent by him almost a decade ago.

“I just wish people would not define or judge me by who I was ten years ago. I am not even the same person I was a year ago,” KiDi told Andy Dosty on Daybreak Hitz.

He expressed how he felt about the re-emergence of his old “mean” tweets.

“I felt very embarrassed,” said KiDi. “I felt down, sad, defeated, there were a lot of things happening in my mind at the time.”

The ‘Habibi’ singer was greeted by backlash when he got to Ghana after his European tour.

Coincidentally, the release of his EP, 4 PLAY, clashed with the already-existing trolls on social media.

He further revealed how the incident affected his ability to socialize with fans at the EP listening session.

When asked why he didn’t delete the old tweets, he said it’s not like he goes around thinking of something to delete, because he doesn’t remember putting them out in the first place.

Although the tweets were posted in a different era of social media where the harshness of words didn’t matter to people that much, it doesn’t serve as an excuse for the things he said in the past.

Following the trolls on social media, the Lynx Entertainment signee expressed his regrets and apologized for the old demeaning tweets.

After a successful tour in Europe, the “Sugar Daddy” is currently on a media tour for the promotion of his recent 4-track extended play, 4 PLAY.

DISCLAIMER: The Views, Comments, Opinions, Contributions and Statements made by Readers and Contributors on this platform do not necessarily represent the views or policy of Multimedia Group Limited.
Tags:
4 PLAY
KiDi
KiDi's old tweets