If we were serious about anti-graft fight Agyeman Manu won’t be Health Minister – Manasseh Azure - MyJoyOnline.com 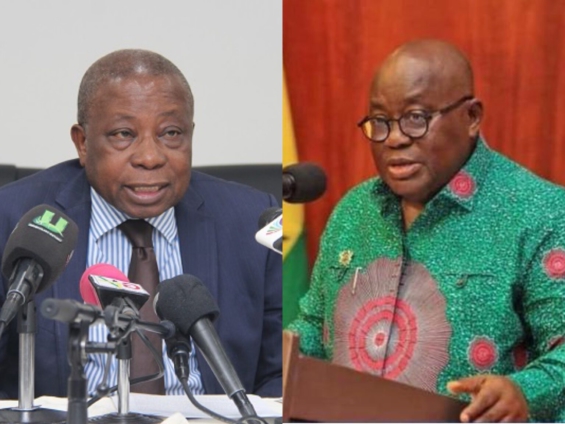 Investigative Journalist, Manasseh Azure says if the Akufo-Addo led administration is serious about the anti-graft fight, Kwaku Agyeman Manu will not still be Health Minister after the Sputnik V vaccine scandal.

According to him, the President instead, has reduced the fight against corruption to a joke, thus Ghana should not be expected to perform any better on the Corruption Perception Index (CPI).

He was speaking about Ghana’s stagnated performance on the CPI, where Ghana only managed to rake in 43 points out of 100, just like it did the previous year.

According to Transparency International which carried out the study, “Ghana failed to make progress in the fight against corruption in the year 2021 as the score of 43 is the same as the country’s 2020 score.”

Reacting to the Index, Manasseh Azure noted that among the many factors that could have influenced Ghanaians’ perception that the President was indeed serious about his fight against corruption was if the Health Minister had been ousted from office.

He explained that the evidence against the Health Minister was enough damning to call for his resignation, but instead of the President taking action as he had promised he would on several platforms, he made jokes about it in Agyeman Manu’s constituency.

“We know how the President goes about bragging that no member of his government has ever been investigated and found culpable, if anybody has evidence they should bring it forward. But we all know that the country’s Health Minister should not be in office if we were in any serious country or we had any leader who was serious about the fight against corruption.”

“He appeared before parliament, admitted breaching the procurement act, not following what the Attorney General said about the vaccine contract and all of that. That vaccine was being sold $10 a dose but we were paying almost twice the dose through a very shady intermediary in the United Arab Emirates. These same people that the NPP while in administration had calls to criticize and call fraud and all manner of names because they were involved in the Ameri deal.

“So every Ghanaian was expecting the President to at least ask Kwaku Agyeman Manu to step aside. But what did he do? He went to the MP’s or Minister’s constituency and was joking about it. So if corruption has been reduced to a joke then the whole nation is joking about this fight,” he said.