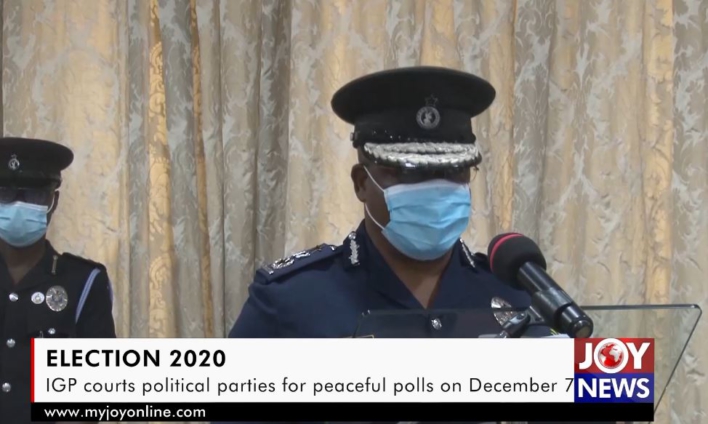 The Inspector-General of Police (IGP) has served notice to political actors who have plans to disrupt the upcoming general elections to ditch those plots or incur the wrath of the Police.

According to James Oppong-Boanuh, political parties that feel aggrieved during the electoral process must only resort to the laws that regulate the mandate state agencies rather than resort to lawlessness.

Mr Oppong-Boanuh was speaking at a meeting with executives of political parties on June 25, 2020.

Acknowledging the high stakes of elections where tensions fuel some people to flout the laws, the IGP said “we will be ready to deal with whoever perpetrates any of these actions.”

He also also warned political parties to desist from the obstruction of justice. He cited incidents where supporters are organised to mass up at Police stations when one of their own is arrested.

“This, I must say is an offense against the law. Because that actually obstructs the lawful execution of the work of the police. And you know the obstruction of a police officer is a criminal offence,” the IGP said.

In all, about fifteen political parties represented by founders and national executives attended and contributed to the meeting.

They include the New Patriotic Party (NPP), National Democratic Congress (NDC), the Convention People’s Party (CPP), and twelve others.