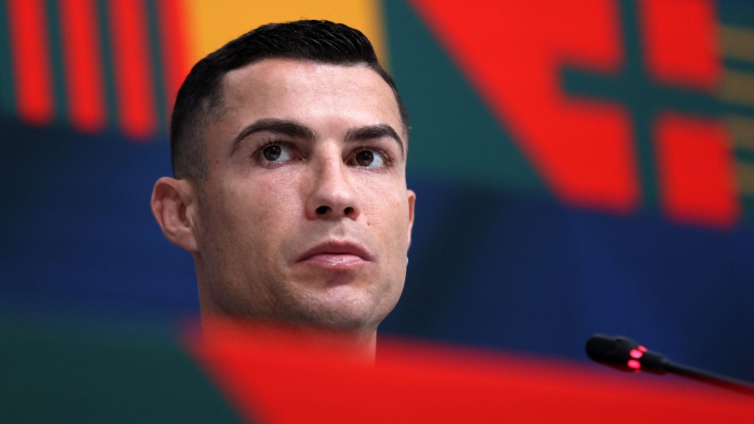 Cristiano Ronaldo has said he is “bullet-proof” and “iron-clad” during an unexpected appearance at a Portugal World Cup news conference – during which he defended his explosive Manchester United interview with Piers Morgan.

The Portugal captain said that he is not worried about how his actions will impact the squad, adding that he feels great about their chances of winning the World Cup.

“In my life, the best timing is always my timing,” Ronaldo told reporters on Monday.

“I don’t have to think about what other people think. I speak when I want. The players know me really well for many years and know the type of person I am.

“It’s an ambitious group that is hungry and focused. So I’m sure it (the interview) won’t shake the changing room’s concentration and focus.”

It is understood Manchester United’s lawyers are looking at ways to bring Ronaldo’s time at the club to an end in the wake of his interview with Morgan on TalkTV.

Ronaldo, who has been a regular on the bench this season – scoring three goals in 16 appearances – accused United of betraying him for trying to force him out of the club.

He also said he had “no respect” for boss Erik ten Hag, and alleged two senior figures at Old Trafford treated him with suspicion when he said his daughter Bella was sick with bronchitis, three months after her twin brother died.

The 37-year-old, who is playing in his fifth World Cup, also urged reporters to stop asking other Portugal players about him.

“You can help by not talking about me. I’m completely bullet-proof and iron-clad,” he said.

“If you ask other players about Cristiano Ronaldo I would be upset. If you want to ask him about the World Cup and the team, I would like you to do that,” he added, referring to himself in the third person.

During the surprise media appearance on Monday, Ronaldo also dismissed suggestions of a rift with Portugal and Manchester United teammate Bruno Fernandes.

He said an awkward handshake between him and Fernandes that was caught on camera and went viral was the result of a joke between the pair.

“My relationship with him (Fernandes) is excellent,” Ronaldo said.

“I was joking with him. His plane arrived late and I asked if he had come by boat. That’s it.

“The environment in the changing room is excellent. No problems.”

After missing Thursday’s friendly against Nigeria in Lisbon due to a stomach problem, Ronaldo has been training as usual with the Portugal side which arrived in Qatar on Friday.

“I’m feeling great, I’m recovered and I’m training well and ready to start the World Cup in the best way possible,” he said.

“I feel that this Portugal squad has amazing potential. I think we can win for sure, but we need to focus on the next game. So, it’s focusing on Ghana, get a win and go from there.