'It hurts, but we'll be back stronger' - Chelsea - MyJoyOnline.com

‘It hurts, but we’ll be back stronger’ – Chelsea 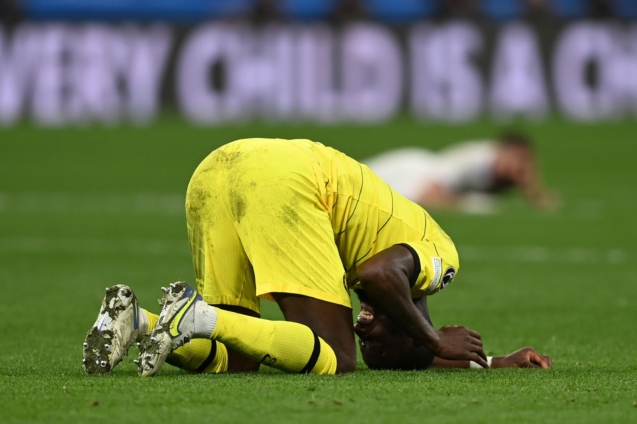 Reigning champion, Chelsea Football Club, says it is pained by their exit from the UEFA Champions League.

According to the Blues, this is because they gave out their best – an action they are proud of, but in the end, they were sent packing.

Real Madrid knocked out the reigning champion on Tuesday at the Bernabeu Stadium in Madrid.

Benzema, who was unmarked after an earlier headed against the bar, broke Chelsea’s hearts after Rudiger slipped inside the box.

Central midfielder Mason Mount has also attested to the fact that the team was resilient and showed their might.

Centre-back Antonio Rüdiger also said Chelsea put up an incredible fight; therefore, he is proud of the team’s mentality.

In a tweet, Chelsea FC pledged to put in the extra work and come back stronger to be crowned winners of the Champions League once again.

While mourning their loss, Chelsea expressed gratitude to the millions of individuals across the globe who supported them yesternight.

After the loss, Chelsea fans who took to social media commended the players and the technical team for a good job done.

Though saddened by their exit, they noted that Chelsea put up a great show that deserves commendation.