It will be fatal to gamble with Agyapong’s threat against Erastus - GJA, PRINPAG and others - MyJoyOnline.com

It will be fatal to gamble with Agyapong’s threat against Erastus – GJA, PRINPAG and others 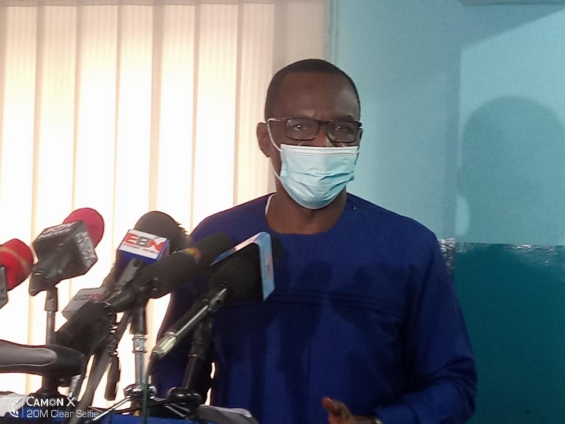 Media industry players say it will be fatal for the security agencies to gamble with the threats against Luv FM’s Erastus Asare Donkor by Assin Central MP Kennedy Agyapong.

This follows MP’s comments on a TV program indicating that the journalist covered the Ejura disturbances and appeared before the investigative committee ought to be beaten.

“…the hard truth is that Agyapong’s comments ignite concerns of cathedral proportions relative to the most tragic circumstances of the assassination of Ahmed Suale of Tiger Eye fame two and half years ago.

The MP who also owns NET 2 had urged people in the Madina area where his station is located to beat up Ahmed Suale over his role in the Number 12 expose on corruption within the Ghana Football Association (GFA). What followed was the unprecedented savagery that claimed Suale’s life.

True, we lack the expertise to establish any causal nexus between Hon Agyapong’s comments and the assassination thereafter.

It is also true that we need no superfluity of evidence to measure the malignant impact of such offensive utterances on some rogue elements in society. Regrettably, the investigations to unravel the facts, expose the killer or killers, and exact justice are taking too long. Attention please, Attorney General and Minister of Justice.

“With this background, it can be fatal to toy with the threats against the life of Erastus Asare Donkor. “

The associations want journalists to remain resolute while calling for the laws to work.

“As for the enemies of press freedom, the laws must bite hard regardless of who they are and what they have. That way, our national motto of freedom and justice will hold”.