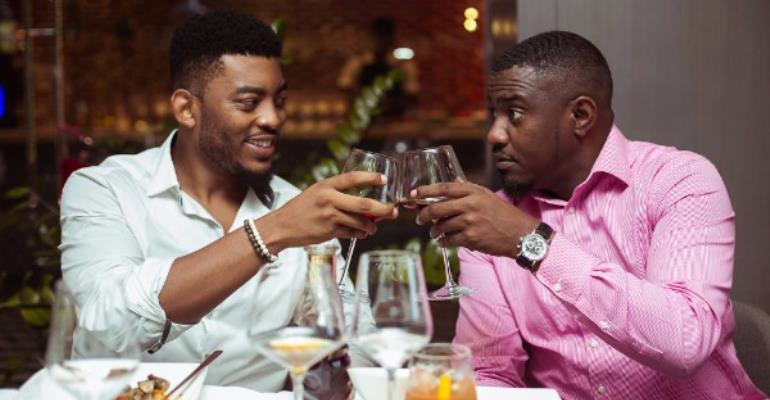 Actor James Gardiner is celebrating his colleague John Dumelo for his work and “resilience” as he fights for the Ayawaso West Wuogon Parliamentary seat.

In a lengthy letter addressed to the NDC Parliamentary aspirant, Mr Gardiner stated that although John Dumelo has faced various challenges throughout his political career he manages to stay strong.

Mr. Gardiner applauded John Dumelo for touching the lives of many people although these are “not ordinary” times.

“Though you are not an MP yet, you have, in your own little way shown a glimpse of hope in the good things you are setting out to do for the people.”

“A lot of people may say that all the good works you’ve done is a desperate solicitation for votes, but I pray you stay true to your course, yourself and to the people,” he wrote.

James Gardiner shared footage of John Dumelo helping the people of Ayawaso with foodstuffs during the lockdown, helping out during the fire outbreak at Shiashie, and sharing laptops to students.

According to him, despite public assertion, John Dumelo’s quest to become an MP is not an overnight thought.

James Gardiner added that the position Mr. Dumelo finds himself in further proves that the creatives are “layered” people who are not only restricted to the screens or entertainment.

His letter comes after other actors and entertainers were seen campaigning for Lydia Alhassan the Ayawaso West Wuogon MP who is fighting to retain her seat under the ticket of the ruling NPP.