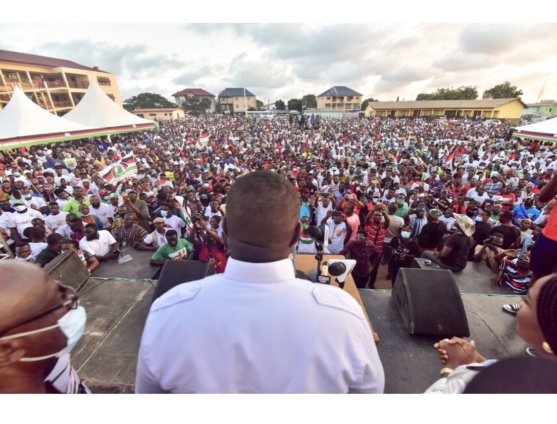 John Dumelo at his campaign launch

The campaign launch of John Dumelo as MP for the Ayawaso West Wuogon constituency saw a large gathering of people at the Bawaleshie School park in East Legon.

The campaign launch which came off on Sunday, October 18 saw John Dumelo lay out his plans for the constituency should he win the seat.

Present at the campaign launch was his wife Gifty Dumelo, National Communication Officer of opposition National Democratic Congress (NDC), Sammy Gyamfi among others.

In a post on Twitter, John Dumelo stated that he was leaving no stone unturned as he embarks on this journey to lead the people in the constituency.

Sharing some photos from the event he wrote: “Yesterday, we successfully launched our campaign in Ayawaso West Wuogon. To God be the Glory. Nasara Naazuwa.”

John Dumelo is going up against NPP’s Lydia Alhassan for the Ayawaso West Wuogon seat.