Joseph Opoku Gakpo: Adulteration of faith can’t be part of our educational curriculum 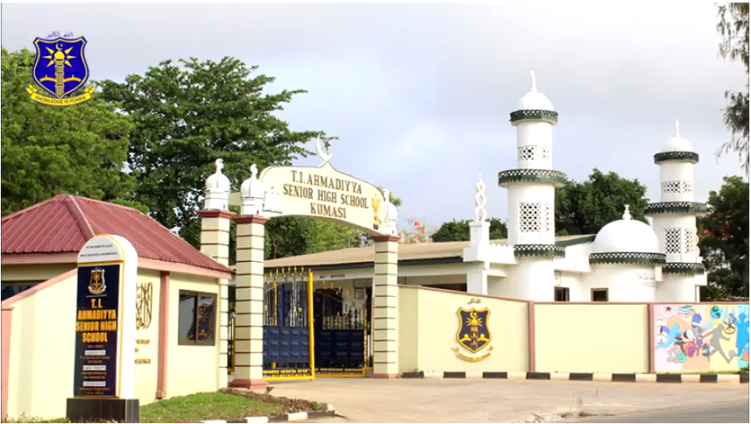 I was born into the Pentecost Church several years ago by a mother who was deeply religious, although I don’t remember my dad ever went to church. She would drag me to the house of worship every Sunday, although I really did not like the bully environment some of my seniors had turned the ‘Sunday School’ environment into. Mum insisted church was non-negotiable. I’ve since moved on, now a member of a Charismatic Church. But my Christian identity has remained untainted.

For my second cycle education, I attended the T. I. Ahmadiyya Senior High School in Kumasi. As we all know, AMASS as it’s popularly called, is an Islamic School. My guardians sent me there not because it was very close to home (seven to 10 minutes walk), but because they felt it was a good school that I would not emerge from worse of, attitude-wise. I may not be the most disciplined boy in Ghana today, but AMASS didn’t corrupt me anymore than I was before I entered, and I’m sure same can be said of many of my colleagues.

At AMASS, as far as I remember, no one forced me or any of my Christian colleagues to attend the mosque, although we had one located right on our campus. No one taught nor forced any of us to study the Quran, read the tasbih or observe the five daily Muslim prayers. Even during the month of Ramadan, food was not a scarce commodity on campus during the day, because no one would compel you to observe the fast.

On Fridays, school closes at 10:20 am to allow for the Muslims to go to the mosque. The rest of us enjoyed the remainder of the day as a holiday.

Female colleagues of mine who are Muslims like Hafiza, Hafizaat and a girl who was never a friend but caught my attention most of the times, Aida, came to class in their white ‘hijabs’ over their pink skirts and white shirts. While Christian colleagues like Vivien, Yvette and Beauty walked around with their uncovered hairs.

In the morning when we converge for assembly, Christian prayers were said, and so were Muslim prayers. There were some of us who hardly participated in any of the two prayers, but no one punished us for that.

On Sundays, Christian students were granted permission to go to nearby churches outside campus. The Calvary Methodist Church at Amakom was a popular destination for many because it was close by, and offered the opportunity to take a good, relaxing walk around the famous Babayara Sports Stadium.

Just for emphasis, this is a school built by the Ahmadiyya sect of the Islamic religion. They constructed it to support society, but it would not have been out of place if they took advantage of it to promote their faith. I’m sure they would have loved that the school was promoting their course, and converting a lot of us into Islam. But they did not allow that to over ride their believe in the freedom of religion enshrined in the constitution, and their conviction that all men deserve the right to find God in whichever way they deem probable, as long as their methods do not hurt others.

The situation above which pertains at T. I. AMASS, is what I believe should be the template that guides the operation of all the Methodist, Presbyterian, Catholic and other Christian SHSs that we have in Ghana. It’s not about what the Muslim community is now demanding with protests on the streets and fired – up talk on the radio; this is actually what their students deserve because Ghana is a secular state.

The argument has been that it’s okay to force a Muslim student to go to church on Sunday and prevent him from going to pray on Fridays because you want to maintain decorum and discipline on campus. But no one can tell me the secular manner in which authorities at AMASS are running the school has opened the Pandora’s box for student indiscipline there.

Make no mistake, although I believe faith and religion should be non-compromising values in life, I’m proud to say I’m no hardliner. I’m in fact a liberal. And if you were unfortunate enough to grow up in the kind of tough terrain I grew up in, you would have learnt that it’s okay to sometimes compromise on even critical, life-shaping values and principles. But through it all, I have also learnt that in this life, it’s out of place to compromise on one’s principles to achieve objectives that can be met without compromising. Religion in this context falls in the latest category I speak of.

My school has shown that decorum can be maintained in schools without necessarily sitting on the religious rights of students. And I think it’s about time other mission schools followed our lead.

I believe the managers of some of our Christian schools have been very unfair to the Muslim students and practitioners of other religions. But I think now is the time to turn the page. The fact that no one complained then does not mean the red flags cannot be raised now. The time to find a middle ground has come. When we as Christian allow this, we honour our God, it re-enforces the confidence and trust that others have in our religion and it shows the world we really do love our neighbours as the Bible asks us to.

The focus of education as I have come to understand it is to develop our kids into better adults than we are, and not to build inward resentment in them towards people who do not share in their beliefs and convictions. Education, as I know it, is meant to encourage our kids to be proudly distinct from others, and not to imbibe in them the believe that there is something wrong with being part of the minority.

Growing up, I was told one of the main objectives of the boarding school system was to encourage a harmonious living among people from varied ethnic groups, varied religions and varied backgrounds. How do you achieve religious inclusion if missionary schools send clear messages to members of other religions groups their interests cannot be catered for in the planning and management of the school?

As I write this piece, I’m imagining how unpleasant my SHS days would have been if anyone had forced me to perform ablution and pray five times a day because I’m attending their school. But thank God for schools like AMASS.

The issue at stake is not one of emotions and sentiments. It’s about the laws of the land, as captured in Article 21 (1) (C) of the constitution which says all persons shall have the right and freedom to practice any religion and to manifest such practice.

Some say; what is the big deal if you force the Muslim child to sit in church because he is attending a Christian missionary school? Well, there may be no big deal with that. But the small deal is that there is nothing wrong with allowing the Muslim student sit outside the church when the Christian children are in church praying.

Some also say if the Muslim children cannot comply with the Christian practices, then they should not go to the Christian schools at all. Well, that was not an option for me, and many of my Christian colleagues. So, my response will be: the schools are government assisted, and funded partly with public money, and no Ghanaian child deserves to be prevented from going there because of his or her faith.

It’s a little worrying the posture some Christian groups like the Catholics Bishops’ Conference have taken; openly encouraging a defiance of provisions in the constitution for religious freedom and disrespecting directives from the President of the land that those rights be respected.

We do not want to encourage the thriving of ‘illegal acts’ on our land because that is how it’s always been, do we? We really need to be careful. History has taught us that minority groups in any society who decide to live above the law, inflict even more dangerous damage than majorities could ever do. I will shy away from the specifics, but I’m sure you all know what I am talking about.

‘Adulteration of religious faith’ should not be part of our educational curriculum.

The writer is an award-winning journalist with The Multimedia Group