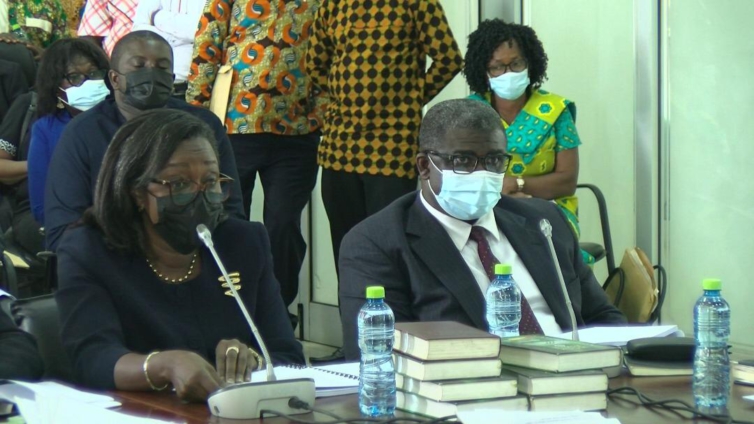 The woes of a former Court Registrar who was part of some 105 judicial staff caught on camera receiving bribes by investigative journalist, Anas Aremeyaw Anas, is deepening by the day.

The former staff was implicated by the Judicial Service over his failure to account for some GH¢6,430.00.

According to the 2017 report of the Auditor General, the former Registrar at Offinso District Court, Abdallah Yahaya Yeddor, between July and December 2015, understated entries into the court deposits cash book by GH¢4,620.00.

The Auditor-General said the conduct of the former Registrar is in breach of “Regulation 24(1 and 3) of the Financial Administration Regulations, 2004, which states among others that, any amount of money paid to the government shall be paid within 48 hours into the appropriate public fund account and that a contravention of the above regulations constitutes a breach of financial discipline”.

Appearing before the Public Accounts Committee of Parliament, the Deputy Director of Finance at Judicial Service, Charles Idan said the former Registrar was dismissed from the Judicial Service after he was implicated by a committee set up by the former Chief Justice, Georgina Theodora Wood but failed to pay the unaccounted monies.

He however told the committee that the Judicial Service is in the process of writing to the Social Security and National Insurance Trust ( SSNIT) to use part of Mr. Abdallah Yahaya Yeddor’s entitlements to defray the monies he failed to account for.

But a Member of the Committee who doubles as MP for South Dayi, Rockson Nelson Dafeamekpor was unhappy that the Judicial Service failed to prosecute the former Registrar.

But the Judicial Service Secretary, Justice Cynthia Pamela Addo said the issue will be dealt with immediately she gets to the office.