Kasapreko founder: "Alomo is the reason we've been successful" - MyJoyOnline.com

Kasapreko founder: “Alomo is the reason we’ve been successful” 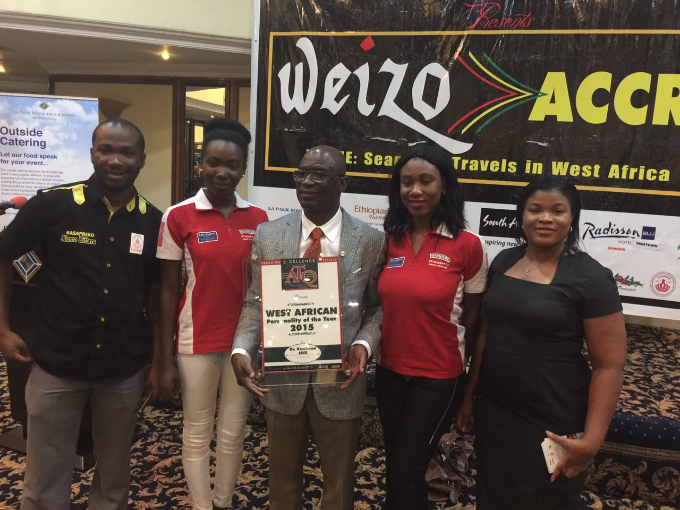 Receiving his award, Dr Adjei who is also the Group Chairman of the company, expressed his excitement at the milestone Kasapreko’s Alomo Bitters has chalked being the corner bloc upon which other Kasapreko products were built.

“This award is important to me because it tells the story of many successful Ghanaians,” he noted.

Dr Adjei was recognized for pushing the Alomo Bitters brand beyond the shores of Ghana as it has now become a household name in neighbouring West African countries including Nigeria, Togo, Ivory Coast and Burkina Faso.

Alomo Bitters was recently named by the Ghana Tourism Authority as the Tourism Drink of the Year.

Dr Adjei said “Kasapreko began on a small note of producing Alomo Bitters. We have been able to build what was seemingly impossible to what we have become today. This tells us that we need to encourage Ghanaian entrepreneurs to believe in themselves.”

Speaking at the event, Ghana’s Minister of Tourism Culture and Creative Arts, Mrs Elizabeth Ofosu Adjare indicated that tourism is a major factor that could help bring the West African sub region together for effective development.

She said tourism could create a forum for experts to share ideas to help develop countries and serve as a link to reinforce the relationships between countries.

The conference, on the theme ‘seamless travels in West Africa’, was organised by Akwaaba; African Market, Lagos.

The Weizo Accra Conference which took place at the La Palm Royal Beach Hotel was to offer top players in tourism in West Africa the opportunity to have a first-hand glimpse of the biggest street party in Africa and the best tourism event in West Africa.