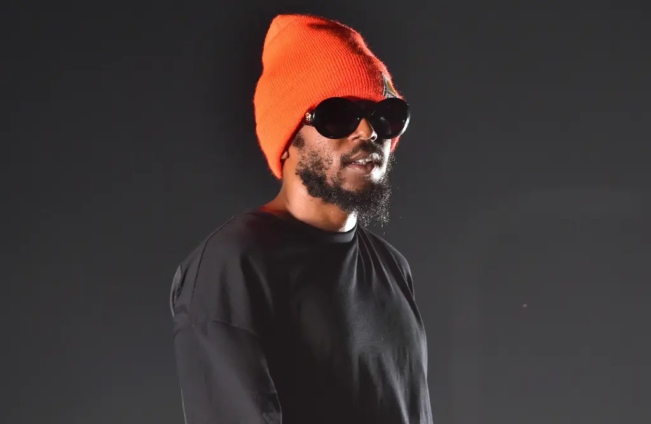 Kendrick Lamar just dropped the cover art for his upcoming album, Mr. Morale & the Big Steppers. But, that’s not the only thing he dropped.

On the cover for his highly-anticipated follow-up to 2017’s DAMN., Lamar, who is wearing a roped crown with thorns on his head, is seen holding his daughter, who’s now almost 3, while his fiancée, Whitney Alford is sitting on a bed, cradling a newborn.

While multiple reports hint that the baby in the photo is the couple’s second child, the couple has not spoken publicly about expecting another baby and Alford has not posted any photos of herself pregnant on social media.

In his new video for his latest single off the album, Lamar referred to his “kids,” plural, and his “wife.” While it’s unclear if Lamar and Alford have tied the knot, it does seem that family has been on the brain of the 34-year-old rapper.

The track isn’t just about family though, and the video for “The Heart Pt. 5” isn’t either. Throughout the visual, released Sunday, Lamar performs solo in front of a dark red backdrop.

After a few moments, as Lamar raps, the video them employs some impressive Deepfake visual trickery, as the artist’s face visually morphs into a number of other public figures, beginning with O.J. Simpson.

Throughout the track, Lamar morphs from Simpson to Kanye “Ye” West, then into Jussie Smollett. After transforming back to himself, he then pulls off another notable facial change as he turns into Will Smith.

The last two transformations see Lamar morphing into the late Kobe Bryant, before later becoming the late Nipsey Hussle, for a powerful and haunting conclusion to the evocative video.